There are 26,769 prisoners in the country, 61% of whom are pretrial detainees. 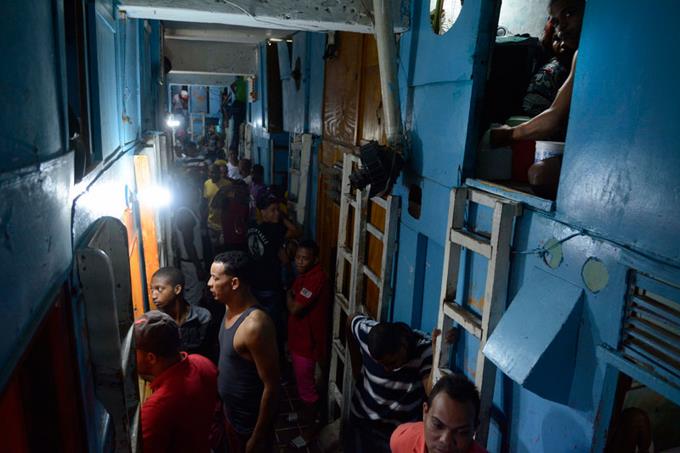 Santo Domingo, DR
Sixty-one percent of the 26,769 inmates in Dominican prisons have preventive status, that is, 16,321 inmates.

These levels are causing much concern among jurists and university professors, who ask judges and prosecutors to stop the abusive and excessive use of pretrial detention.

The Dominican Republic ranks seventh in overcrowding among the countries of the region, with 183.2 inmates, according to a study by The World Prison Brief, which is the main database institution on penitentiary matters in the world.

Likewise, in terms of prison occupancy in relation to available space, the country ranks third among the Caribbean nations and 26th in the world, which comprises a list of 206 States.

Of the number of prisoners, 10,448 are convicted, according to statistics of last August 19 of the Directorate of Penitentiary and Correctional Services of the Attorney General’s Office.

Most of them are held in the traditional system, which is administered by the General Directorate of Prisons, where they serve sentences and coercive measures, while the rest are in correction and rehabilitation centers of the New Prison Management Model.

I am surprised at this figure because the previous figure was over 75% but the difference may be in the fact that some inmates appear in front of judges and the case is postponed or sentnce is not given,Either way the system is barbaric although there are other Latin countries equally disgusting.