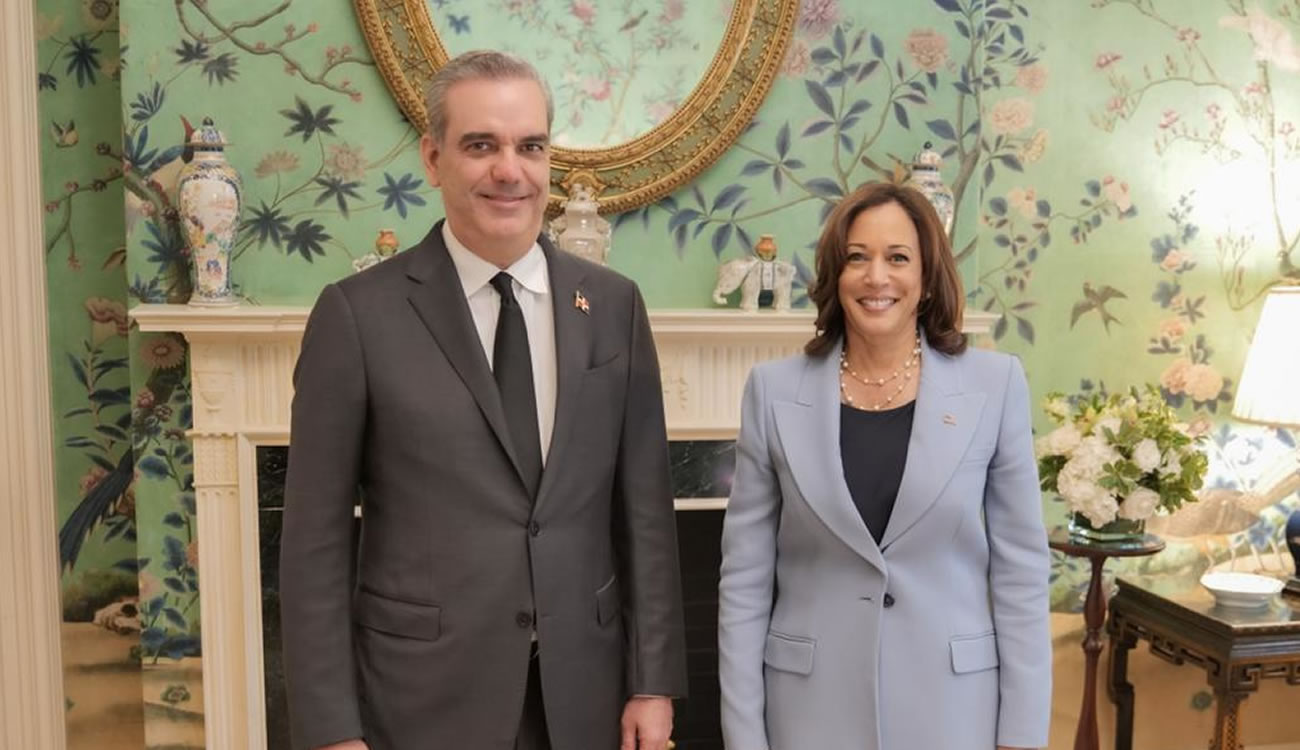 The Vice President of the United States, Kamala Harris, held a meeting last week with President Luis Abinader and other Caribbean leaders, in which they discussed “concrete short-term solutions” in three areas that they have worked on since the first call in April Harris noted: energy security, finance and food security.

Regarding the last point, Harris assured that he will send a team to the Caribbean this fall (from September 23), to start the process of financing for development, which he pointed out, was a “subject of extensive debates in our previous meetings”. To contribute to food security in the Caribbean, affected by the war in Ukraine, the pandemic and the climate crisis as in the rest of the world, the United States has “committed to allocate USD 28 million in assistance,” Harris declared.

As well as the implementation of “good agricultural practices” and the commitment to improve these practices in the Caribbean countries and promote the elimination of barriers not corresponding to tariffs in order to “facilitate the movement of food in the region”, the vice president stated.

“In this sense the United States assumes commitments in four areas in particular. First, to identify new clean energy projects; provide technical assistance to our partners in the Caribbean; attract investors to the Caribbean; and improve access to financing for development.” the vice president continued.

Harris said that the actions of energy security and finances are oriented to the climate crisis, in view of which the first measure that the country will adopt is to accelerate the implementation of the “Association between the United States and the Caribbean to address the Climate Crisis, also known as as PACC 2030”, which he presented at the Summit of the Americas in Los Angeles.

Among the measures that the United States government will seek to implement in the region to guarantee food for the population, they also foresee the incorporation of “intelligent technology with respect to the climate” for the protection of food products and the production system of themselves.

They will also provide training in pest control management.

“The relationship between the United States and the Caribbean is based on ties and common interests. As neighbors in the Western Hemisphere, we believe that it is essential that we have a relationship based on close collaboration, knowing that this will benefit our shared prosperity and security, which is why we, the United States, have expressed our determination to increase our commitment and collaboration with our Caribbean partners”, emphasized Biden’s partner.

What about the Haitian crisis KH?