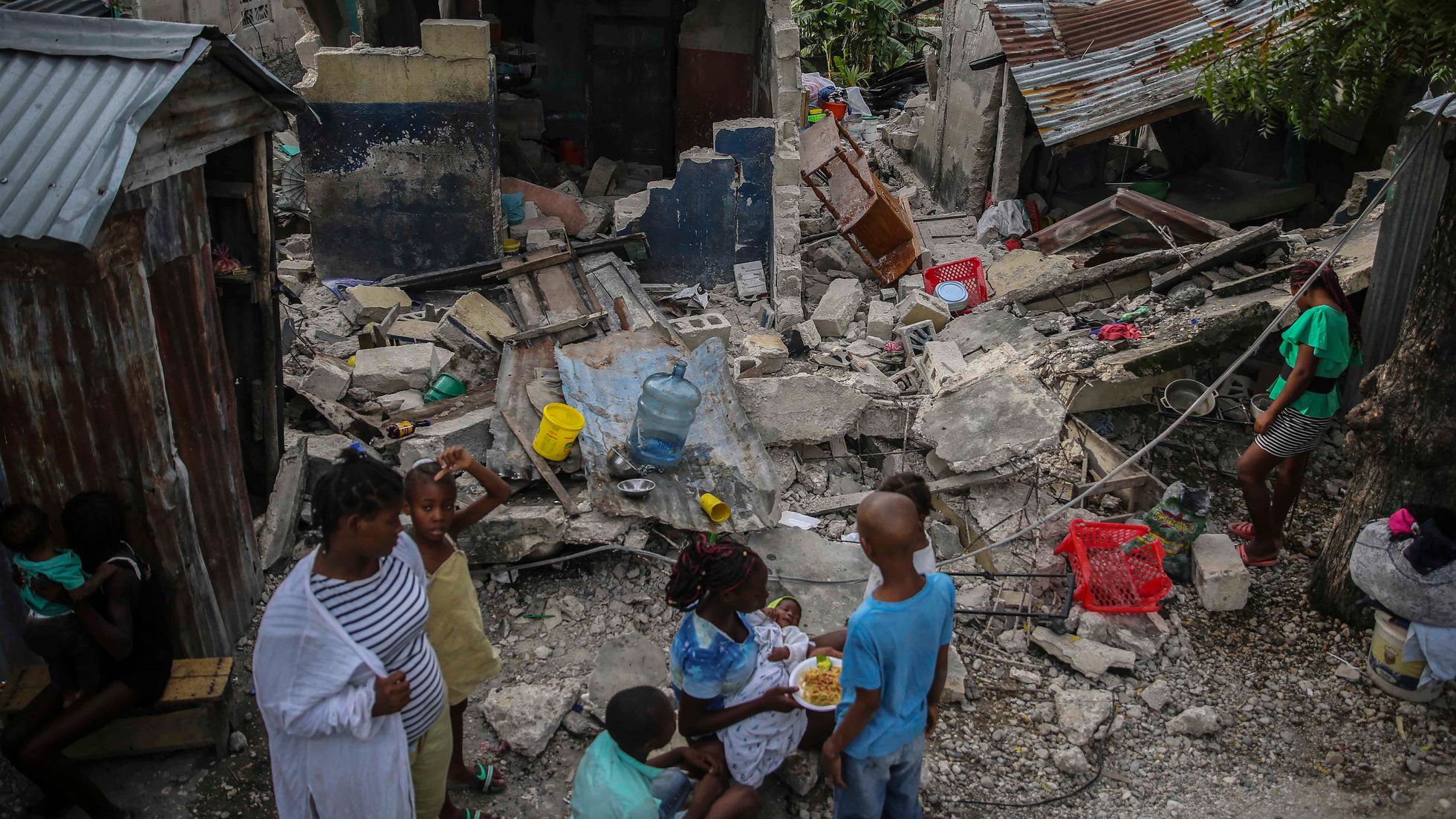 The senator from Santiago Rodríguez, Antonio Marte, assured his trial that the “Haitian issue” is “easy to resolve,” but that there is “no value and no one who wants to confront it.” Marte said that from the president, through the businessmen and even the Director of Immigration, he knows how to solve “easily” the immigration problem in Haiti, but they have not wanted to do it.

For the legislator, the solution lies in applying a law that fines up to 30 minimum wages to those who give work to a person who is illegal in the country. “What are the Haitians coming for? To work, who comes to sow here? The Haitians, who come to build here? Haitians, who are in the resorts? The Haitians, and who are in many places? The Haitians. So if that penalty is applied to the owners, to the engineers, then all Haitians will have to migrate back to their country,” Antonio Marte claimed.

Regarding this, he also said that Haitians are paid less money, but that with these savings what they are achieving is leaving the Dominican labor force without work. “Then the issue is easy to solve, don’t give it so much thought. Chile took them out and they were willing to leave because they were not given work. When we catch the homeowners and sanction them, no one is going to want to give them a house and they are going to leave. The problem is that there is no value here and nobody wants to face the issue, nobody wants to face it”, criticized Marte.

What a sick SOB. Dominican illegal immigrants have been flooding the Virgin Islands for years. Do you know who run things on the islands, Black People! Dominicans hang around gas stations and mini marts all day long hoping for someone who needs a general laborer. The black people try to give them work allowing them to feed themselves and send money home for their children. Compassion! I wish that I could upload a picture of the Dominicans at one gas station at 7 AM in the morning. WTF! Why is your best tactic to starve Haitian black people in your country? What kind of Christians are you?

As expected it all boils down to race, that being said you should not be as frustrated with the senator as you lead on to be because you both have more in common then you may think, just reread the first 3 sentences of your comment. Your assumption is made that this is an act against Haitians as suppose an act (although poorly described and all) for the local residents and citizens. What is the largest LEGAL migrant group on the island? A: Haitians Who has more to lose by NOT having a controlled migration between both country’s? A: Haitians. Look, not by any stretch of the imagination am I saying that there is no racism and prejudice in the DR, every corner of the world suffers from some form of it, but short sighted comments like yours; assuming Haitians is the only representation of our African ancestry (where white’s is only represented by less then 10% of the population) or that our Christian values hinge on the comments of certain individuals, is completely inaccurate and ill driven. Lastly, I would like to ask you a genuine question (and I am really sincere), what country sharing a border with another country, migration policies should the Dominican Republic adapt too?

Do you have 5 million undocumented Dominicans in the Virgen Island taking over all labor sectors, saturating public hospitals and public schools, leaving Dominican women, men and children out of their own healthcare and education system? How many undocumented Haitians are there in the Virgin Islands? The best way you can help them is taking a 2 or 3 millions as refugees. If not, then you jest want to dump the Haitian problem in DR using the race card.

Not everything is about race. It is not easy to have a nation that is in constant turmoil right next door. We should not and do not have to just open the border out of compassion. Per the ‘flooding’ of Dominicans in the Virgin Islands…solution is simple as well: deport them. If they are there illegally they should be deported and that’s understandable. I (and most dominicans) do not justify Dominicans illegally entering other countries anymore than Haitians illegally entering the DR. That said, Haitians do contribute to the DR in important industries but it doesn’t make their presence here any less illegal. Stop putting everything on race. Stop judging other nations based on the history of your own; it’s not that simple and there’s a lot of historical, environmental, cultural, economic, social, etc. issues that make this a complicated situation and it’s unfair and incorrect to just chalk it up to racism.

Dominicans don’t do, and don’t want to do what haitians do…stop your brownie collection speeches so you can be taken seriously…

DT asks people to join a discussion but censors anything that does not further its agenda. I have not used fowl language or attacked anyone directly. If the truth insults you, what kind of journalistic integrity do you have? Truth vs propaganda. A person’s opinion should not shake up your establishments.

Once you substitute the local labor with foreign labor -something that has been done by design and gradually – is hard to expel all of them at once. It’s not true that Haitian get pay less than Dominicans. We are losing our country and we need to take it back. #SoyDominicano.

It is very sad but this is the mentality of many Dominicans ..I hope that in two or so more generations will be more charitable in their attitudes. Haitian labour has helped build the DR and continues to do so although some employees are exploiting the Haitians in a way that in more civilised countries would lead to prosecutions under the Modern Slavery Acts . I tend to agree with Sillyputty…what kind of Christians want to kick people when they are down.

0
Reply
My Name Is Not Important

Bruh, what did I read?

This is interesting, in one instance I am debating the extreme in other articles when people are saying “Just deport them all” or “we need to mind our own business and just worry about us” and NOW you have this extreme. How do you expect to come to a REAL solution to a REAL problem, where you are either speaking from how you feel (which does not encompass the real situation at hand) or speaking from a such misinformed standpoint? Obviously I don’t personally know you @Richard and all I have to go on are these comments, so I will address it as just that “comments”. With nearly 3 Million Dominicans living in poverty, and average monthly wage of $600 (between a family of 3) and being the 8th poorest country in North America, how do you allocate resources to take care of everyone responsibly (citizens, residents and migrants)? And please provide tangibles measures with your response, as I would really like to truly understand your rational.

I am afraid the way things are going in this world, generations are trending backwards (you don’t have to look any further then this comment section), where facts and vetted information no longer matter but what is valued in todays society is quick #Look Good Sound Bites# such as “They should help them all” or “We have done enough” AND tribal thinking such as Group 1: Dominicans are bad and racist / Group 2: Haitian are bad and racist. You should know that in the 1994 DR presidential election one of the candidates, José Francisco Peña Gómez, received 50% of the adult population vote and he did this under opposing party propaganda that he was a Haitian and is only working for the benefit of Haitians. Let me say this again IN 1994 Received 50% of votes under the propaganda that he is HAITIAN. To put this in perspective; Al Sharpton couldn’t muster up enough votes within HIS OWN PARTY let alone be a primary presidential candidate in the same time period.

Also you should know that base on the Global slavery index Haiti has nearly double more than DR living in modern slavery and has about 1/3 more vulnerability of adding more to that number.

Lastly, I leave posing the same question I asked @Sillyputty; which is what existing migration policies from any (existing country in the world) should the DR adopt that they have NOT already implemented?

Christians in the D.R….where? I been here 10 years and they are not to be found…just fakers and hypocrites. So much thieving they have robbed me themselves and many times and ARE ABOUT TO PAY FOR IT TOO! Keep your cheezy island its nothing compared to my continent and most Haitians are coming with me to the promised land, this IS NOT IT! READ AND WEEP! VENGEANCE IS MINE!

While your nation is dealing with mass and social unrest throughout the country, you are screaming Vengeance is yours at DR??

In this case you should be mad at your fellow Dominicans that don’t want to work! this country is ghetto if you ask me how in world you run out of healthcare and schools if you have so much land and so much unemployed people ?? But mad cause Haitians are paying more for everything and working for less with no benefits that Dominicans have make it make sense stop acting like y’all white cause y’all are far from this new president not doing nothing but raising prices on everything but Haitians is y’all main problem worrying about the inflation and high pricing in markets if your president is aware that your unemployed WHY IS EVERYTHING SO EXPENSIVE