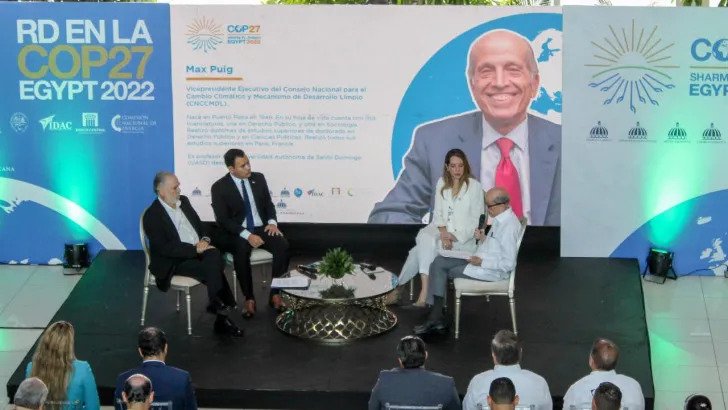 The “Heading to COP27” conservatory was started by the Ministry of Environment and Natural Resources in order to include and publicize the Dominican representatives who will attend the Conference of the Parties (COP), which will be held in Egypt in November. The COP, which was established in 1992, is the yearly gathering of the United Nations Organization (UN) in which the signatory nations to the climate change convention take part. Its goal is to maintain the level of the polluting gasses that contribute to climate change in the atmosphere.

According to Miguel Ceara Hatton, Minister of the Environment, “the planet is currently on the way to global warming between 1.8 and 3.0 degrees Celsius, which could mean a death sentence for the most vulnerable small islands and communities.” In this regard, Ceara Hatton argued that it was crucial for the Dominican Republic to attend the conference because that is where decisions regarding the future of humanity’s relationship with the environment are made.