The President presents 100 solar-powered eco-houses to underprivileged families in Azua. 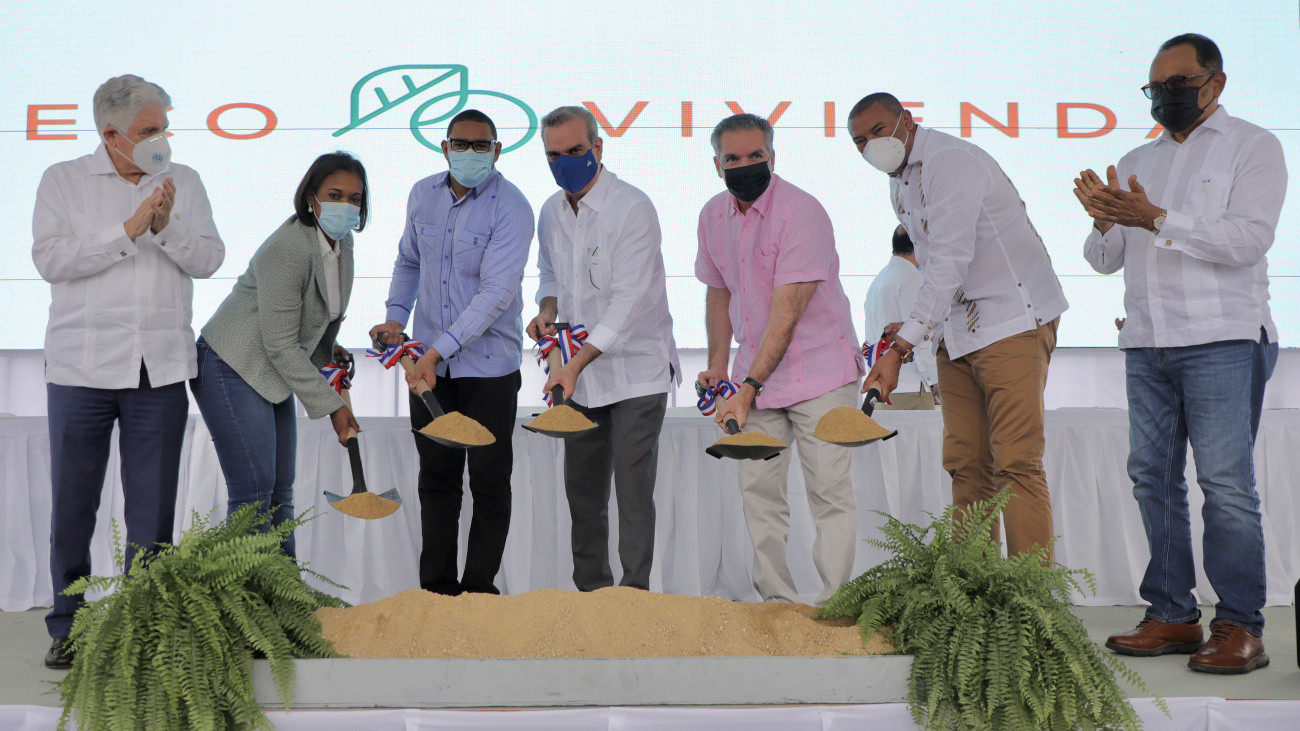 The Eco-Habitat Angel Dario Ramirez housing project for social inclusion, which consists of 100 houses and will benefit the same number of families living in conditions of extreme poverty in this province, was officially launched by President Luis Abinader in the El Barro Arriba Municipal District of the Azua de Compostela Municipality. Minister Neney Cabrera, in charge of the Directorate of Strategic and Special Projects of the Presidency (Propeep), which oversaw the eco-housing project, was present as the head of state cut the ribbon.

The police station and areas for social and recreational activities will make this community safe and respectable, the president noted during the delivery ceremony. Abinader emphasized the significance of the project, with which the government ensures that it enhances and elevates the standard of living for the 100 beneficiary families, who reside in modest homes and endure extreme destitution.

He insisted that the initiative is a component of his social inclusion program in support of Dominicans who require the most support and assistance from the government. According to the president, these homes are also being constructed in other provinces of the nation with the intention of fostering an environmentally friendly way of life. He also acknowledged Propeep and Minister Cabrera’s efforts in building the houses, which he believed should serve as a model for other communities where they will be built.

After promising that his administration would continue to work for the good of all Dominicans, Abinader said, “I congratulate all the beneficiaries of these houses, which is an act of justice and where families can live with more peace of mind and a better quality of life.”

Excellent work. One of the ways to help poor families is by making it easier to obtain an ID Cedula cards to Dominicans who are obviously Dominican!
Local Juntas Electoral officials know their communities. Let them approve applications – at least for a 6 months campaign to acquire cards.
There are thousands of obvious Dominicans who cannot afford abogados to get ID cards. Why should they need an attorney to get an ID card ?
I know a Dominican that was quoted a price of $75,000 DOP for a card. His mother is dead and she never had a card. But his father is alive and has card. You would not believe the chase involved to fill out documents etc.
Another family has several children – none with an ID card. It will cost a fortune to get them cards.
Someone else has a young girl at elementary school who was refused entrance because she did not have a proper birth certificate. And because her mother did not have an ID card , they had to pay an abogado even though her father had a card.
Make it easier to get first time ID cards for Dominicans without hiring an abogado.