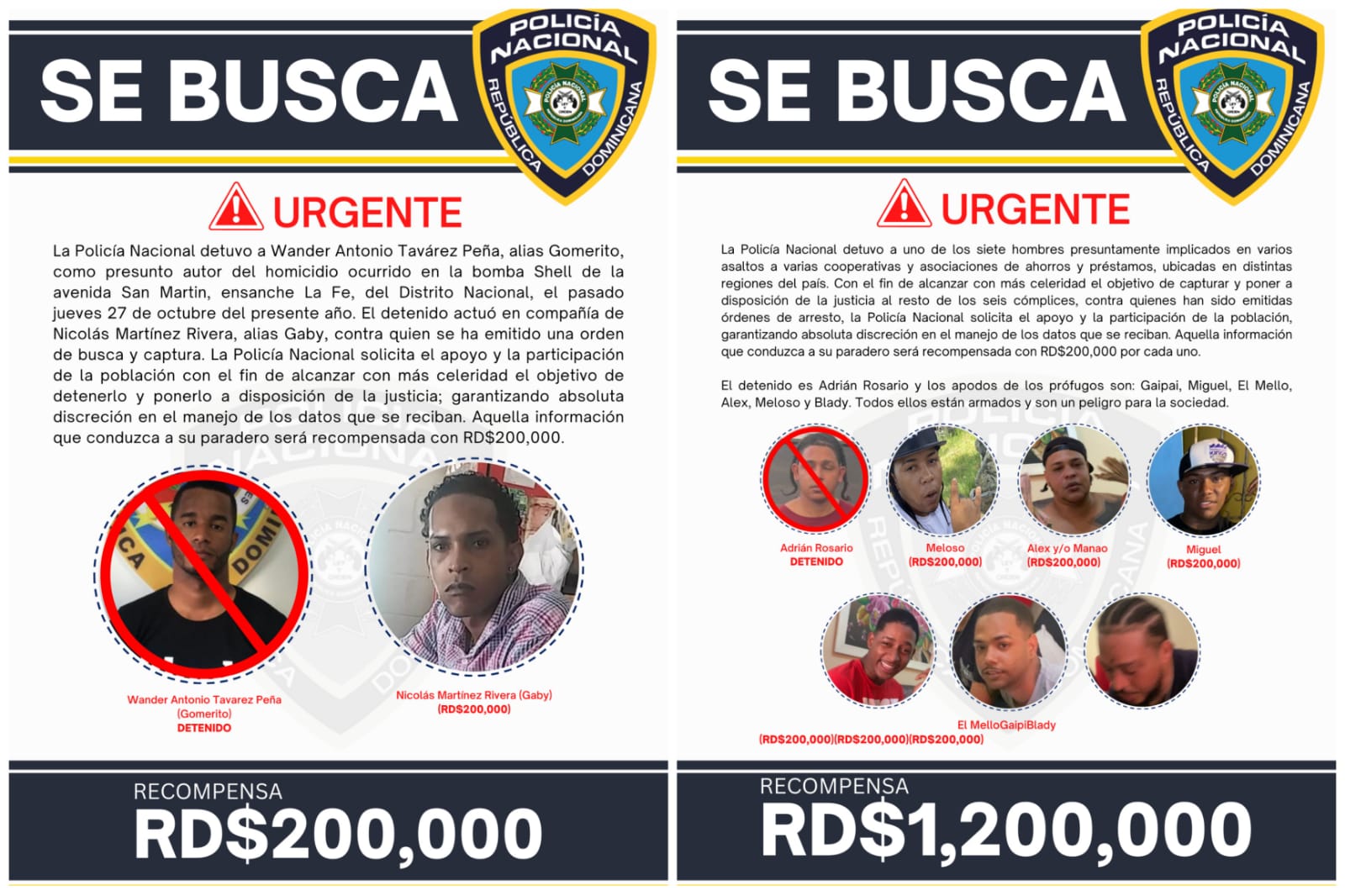 The National Police revealed this Sunday that it will offer a reward of RD$200,000 to anyone who provides information that results in the arrest of seven men, one of whom is suspected in a homicide that happened at the Shell station in the La Fe expansion and the other six are believed to be members of a dangerous gang that targets savings and loan cooperatives across the nation. In the first instance, Wander Antonio Tavárez Pena (Gomerito) has already been detained and named as a suspect in the murder that took place last Thursday, October 27, at the Shell station on San Martin Avenue, widening La Fe in the National District.

The investigation revealed that Nicolás Martinez Rivera (Gaby), for whom a search and arrest warrant has been issued, is alleged to have participated in the detainee’s alleged actions. “Martinez Rivera (Gaby) needs to be apprehended and brought before the law as soon as possible, so the National Police is asking for the public’s help and participation while also promising complete discretion in how the information is handled.” The institution of order states, “That information that leads to his whereabouts will be rewarded with 200 thousand pesos.”

According to the National Police, anyone who provides information that results in the fugitives’ capture will receive a reward of RD$200,000 for each. In a separate incident, the National Police detained one of the seven men accused of attacking numerous cooperatives and savings and loan associations spread across the nation.

This notice is very take-charge offer. It is placing information into the hands of the public that will assist them and the police authorities clean the two-legged excrements off streets.