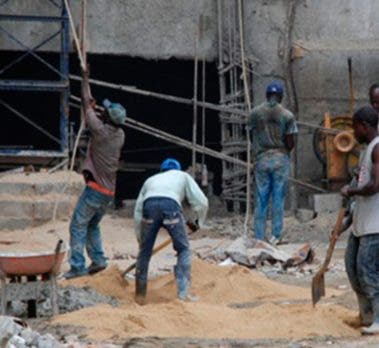 A large majority of Dominican citizens (69%) do not agree that an illegal immigrant working in the country should be allowed to demand rights or have a say in government policies, according to the political culture survey of the Instituto de Investigación Social para el Desarrollo (Institute of Social Research for Development).

This opinion finds greater support among people over 54 years of age, especially men residing in the eastern and metropolitan areas.

Likewise, 45% oppose the idea that migrants should receive social services (health, education, and housing) from the government, compared to 23% who agreed.

On the other hand, 37% disagreed that the government should grant work permits to undocumented Haitians living in the Dominican Republic, compared to 33% in favor.

Another data thrown in the survey is that 70 percent of the Dominicans consider that the Haitians who come to the country do the work that the Creoles do not want to do, while only 28% believe that these foreigners take away jobs.

Discrimination
Forty-nine percent of Dominicans believe there is a lot of discrimination towards Haitians, a perception stronger among women and the younger population.

Thirty-two percent believe there is little discrimination, while 18% affirm that there is none.

In this regard, the study indicates that the older population, with more exposure to the anti-Haitian discourse positioned from the strata of power, tends to deny the existence of discrimination against Haitian immigrants to a much greater extent.

“The differences by age reflect the change in the predominantly state discourse that, although with many nuances, as Dominican society has opened up to democracy, information societies and social mobilizations generated from the 168-13 ruling, from civil society organizations and actors in the system with access to mass media with awareness of the issue, there is a greater tendency to look at Haitian migration from a human rights perspective,” states the research applied to a sample of 2,500 people across the country.

You so called news people will never learn!! You really think the world is ran by majority rule? Not even in America (I.e. BS electoral college). The multinational hotels will NEVER give up CHEAP HAITIAN LABOR! Keep watching the bouncing ball fools!

Unfortunately you are corrrect

Without their labor we’ll be bankrupt within a year …
Social revolution would decimate county and send us back 100 years…Again ,no Dominicans would ever do what they do …we rather starve to death, then do what they do ….
Sure …let’s get tem out…
Sapienti Sat

Is that what you want us to believe now?

Not only that, but you’ll also leave the construction and agricultural sector so they can increase the wages.

Yes! As Dominican Republic becomes more affluent and educated, many manual jobs will be rejected by Dominicans. This happens all over the world. As people move up the socioeconomic ladder, the less likely they will perform or encourage their children to do these kind of manual jobs.

Also, the more affluent a country becomes, the more likely is for them to use technology to replace manual labor and create more technical and specialized jobs. For example, the gradual mechanization of sugarcane cultivation and harvesting, will completely eliminate the need for “brazeros” and increase the need of industrial mechanics, heavy machine operators, etc.

Cheap Haitian labor has definitely help in the rapid expansion of the construction industry and definitely has help both countries. However, haitian labor is not the only reason why today the “Dominican economy is also over 1000% larger than the Haitian economy”, when in the 1960 both countries had the same per capita real GDP.

The economic growth, in Dominican Republic, can be attributed to the strength of government institutions, laws, policies and political stability, more than the contributions made by the legal and illegal Haitian workforce.

I do hope this serves as a wake up call for the private sector. I’m sure there are plenty of campesinos willing to do the work,

We reject to give away our sovereignty and to let foreigners to take over our country.

1
Reply
Jay will
Reply to  Larry

Agreed!! Sovereignty has been sold many moons ago!

Well, the DR has way more to gain from China than it does from Haiti. Do you need a refresher of what happened the last time Haitians ran the entire island? Boyer made sure to spread the misery.

I guess since most citizen want to build hotels and work on the farms then this is an easy fix.

According to DT Dominicans are Creole…

4
Reply
Jay will
Reply to  master

i blamed our useless Haitian Government.. They steal resources from Haiti to build mansions elsewhere.