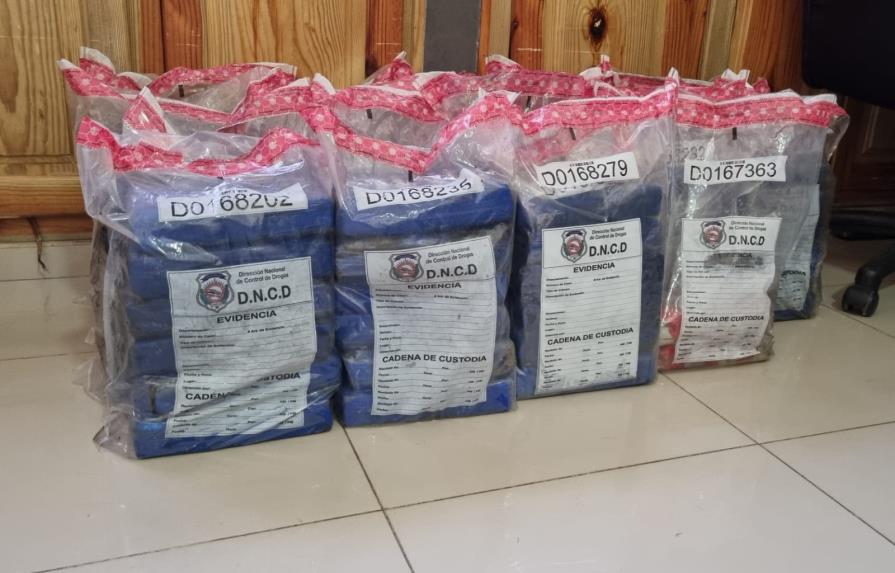 The Dominican Republic Navy and the National Directorate for Drug Control (DNCD) seized 110 packages, presumably cocaine, off the coast of Santo Domingo Este. According to a press release, the agents received an alert, which prompted the maritime units to mobilize and board the 36-foot sailboat (Acontista) with US registration.

The boat was taken into custody and taken to the Port of Sans Souci, where the 110 packages were discovered hidden under the floor, in the dining room, and the kitchen area, in the presence of a deputy prosecutor. Authorities detained two Panamanians and one Israeli in the case, seizing radio communication and navigation equipment, cell phones, and personal documents from them.

“The sailboat remained in the Public Ministry’s possession while the authorities conducted further investigations into the case,” he added. The 110 packages seized in this new operation were delivered to the National Institute of Forensic Sciences (Inacif) for the appropriate purposes. The operation was carried out in support of state intelligence agencies and was coordinated by Public Ministry personnel.