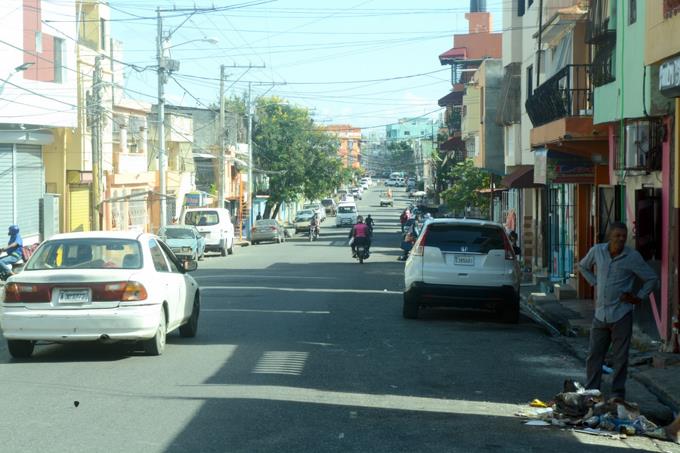 Santo Domingo, D.R.
Some residents of neighborhoods of Greater Santo Domingo and business owners assured that the preventive operations carried out by the National Police had reduced delinquency, while others expressed the opposite.

In a tour made by journalists of Listín Diario to various sectors of the capital, the residents of the neighborhoods María Auxiliadora, 27 de Febrero and Villa Juana, in the National District; and La Javilla and Los Cerros, in Sabana Pérdida, Santo Domingo province, said that the situation with the delinquency has improved in the last days.

They also claimed to feel safer as the police regularly pass through the streets.

“Right now it has calmed down, according to the police they are working. Everything was really very disturbed, but in the last few days a change has been felt,” said a resident of María Auxiliadora.

Likewise, Miguelina Rivera, who lives in the 27 de Febrero neighborhood, affirmed that it has improved. “At 7 o’clock, you had to lock yourself in, but it seems that the delinquents are afraid of the police. Of course, I’m not saying that a case will appear, but it’s not like it was before,” he added.

Contrary to the positive experiences, residents of the Simón Bolívar and Ensanche Capotillo neighborhoods indicated that “everything remains the same” and that the work of the police is “weak.”

According to statements of people who live in Simón Bolívar, crime continues to “finish,” and police units sometimes pass by, so they have not felt the difference in the preventive operations.

“They should use a strategy for the early morning when people go out to work, between 5 and 7 in the morning, because at that time they are robbing many people and no patrol is seen anywhere. They have to be placed in key places to have effective surveillance,” commented Nidio Valdez, who has a butcher’s shop in the area.

Similarly, residents of Ensanche Capotillo said that some parts of the neighborhood are quiet, but in others, crime “is strong,” and with these places, the authorities turn a “blind eye.”

“They are passing, but they should pass more because those people who do their things (the delinquents) wait for the moment when they leave,” opined Griselda Matos, who has a bale business in the sector.

When questioned, the residents of Ensanche Capotillo made numerous references to Puerto Plata street, where there are several colmadones together, and denounced that they frequently “kill one.”

“Every weekend on that street, they kill one. This weekend they killed one, and there is a problem every weekend, ” said Catalino Arias, who has lived in the neighborhood all his life.

Last Monday, December 5, the National Police started the Christmas operation “Christmas with Moderation and Responsibility 2022,” which will be in process until next Tuesday, January 10, 2023.

The operation includes the integration of 33,000 police agents into preventive patrols nationwide. The entity will execute it in coordination with the Ministry of Defense and the Central Directorates of Investigation and Intelligence.

This operation is intended to strengthen prevention and increase security levels during the celebration of the Christmas holidays until Three Kings Day.

Likewise, the law enforcement agency plans to strengthen the access roads to the country’s airports.

The police response with new measures to fight the increase of crime has been a luke warm approach at most. It can be reasoned high officials are prodding the street uniforms into higher visibility positions to give the impression of preventative operations at work. In some cases it may be working. However, when one quadrant is provided more security coverage… another quadrant suffers less coverage. The true measure of the preventative actions working would be the number of criminal arrests. However, the reliability of statistics could be questionable when they are coming from the authorities responsible for making the arrests and pursuing prosecution. These authorities most likely would embellish the numbers, self-promoting the fanciful results of their tasks.

The information arriving from the barrio residents seems more in place.