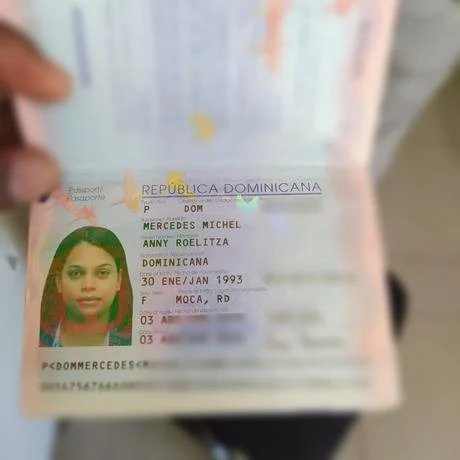 Anny Roelitza Mercedes Michel, alias “La Berrocal,”  a 30-year-old woman who was under house arrest after being accused of killing a minor last year in the “Quijá Quieta” sector of Moca, Espaillat province, was arrested yesterday, Tuesday. “La Berrocal” was trying to travel to Guatemala from the Las Américas International Airport on flight number DM4120 of Arajet Airlines.

At the time of her arrest, she was seized with a white iPhone 8 cell phone, a legitimate Dominican passport, and a black backpack that contained her clothes. The judicial authorities required the woman in Moca, under court order No. 298-01-2021-SARR-00708 issued on August 6, 2021, by magistrate Massiel Minerva Maldonado Severino, to order her arrest and conduct for the crime of homicide.

Already in Moca, “La Berrocal,”  she will have to face a possible change in the measure of coercion that, at that time due to her pregnancy status, was house arrest.