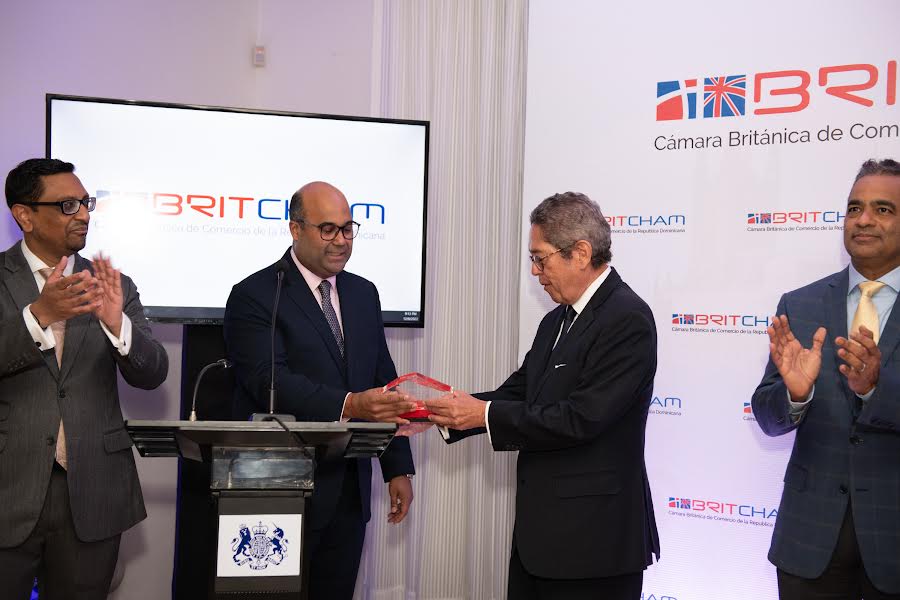 During the celebration of the 35th anniversary of the British Chambers of Commerce in the Dominican Republic (Britcham), held with a reception at the residence of the United Kingdom’s ambassador, Mockbul Ali Obe, this organization highlighted its contributions to strengthening the country’s bilateral relations with Great Britain. In the activity, Fernando González Nicolás was recognized for his role as the founder and first president of Britcham in 1987, he stated that he felt honored and satisfied with the chamber’s accomplishments over the past 35 years.

The president of the Britcham, Amauris Vásquez, highlighted that “in 35 years of hard work we are glad that the chamber has contributed significantly to the strengthening of bilateral relations between the Dominican Republic and Great Britain. This work has had the collaboration of the British embassy in the country”. He emphasized that thanks to the role played by past presidents, directors, and British diplomats stationed in Santo Domingo, this organization has made Great Britain one of the Dominican Republic’s main partners.