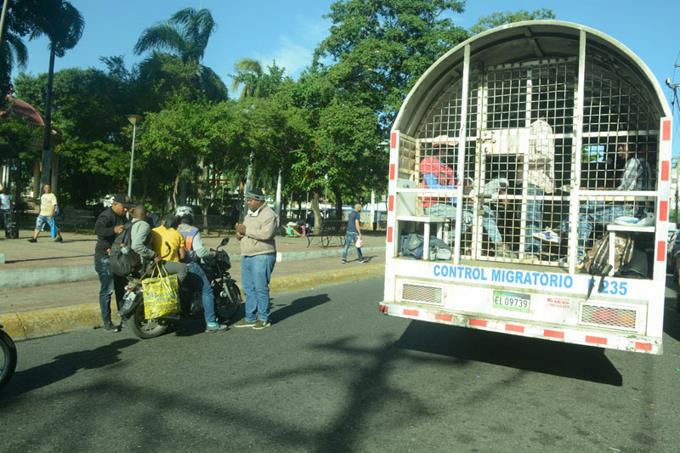 While agents from the General Directorate of Migration detained the Haitians, who were presumably illegally present, the foreigners were visibly upset by the authorities’ actions. Repatriations in the country resume normally after a halt on December 24 and 31 for Christmas festivities and family celebrations. Around 9:00 a.m. yesterday, soldiers from the Migration Department set up a checkpoint in the capital’s Enriquillo Park, in front of the Villa Francisca police station, to arrest foreigners with irregular immigration status.

When the Haitians saw the patrol of the migratory entity with “the truck,” they fled in terror to avoid being noticed by the authorities. They ran through the streets and park facilities. Foreigners on foot and those traveling in vehicles were both detained by authorities. The verification of official documentation indicating legal permanence in the Dominican Republic was part of the review process.

The agents proceeded to introduce them to the vehicle if they did not have the original version of the permit or if it was missing.

Guess, if the police stationed across from the park cannot rid it of women selling their pleasures there… it is the presence of La Migración that inspires them to depart in a hurry.