Motoconchos will be used in school transport 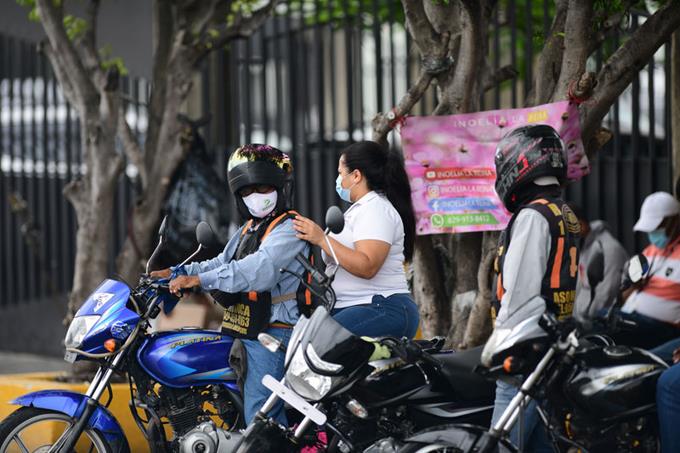 William Pérez Figuereo, director of the National Central of Unified Transporters (CNTU), announced that the School Mobility Pilot Plan will include the motoconchistas of the demarcations where the transport test will begin. He mentioned that the project they designed considers instructing some motorists from the Monte Plata province, La Victoria, and the Haina municipality, where the plan will begin concurrently. Although he did not provide many details about the logistics used to recruit these people, he did mention that motorists can register and participate in the initiative.

Pérez Figuereo emphasized the work of citizens who work as motoconchos transporting students; as a result, they decided to integrate them so that the sector is not adversely affected by the low flow of clients that will predominate. He emphasized the significance of the pilot plan, which will be officially announced today at 8:00 a.m. at the Maria Figueroa Adón Elementary School in Sabana Perdida-La Victoria by President Luis Abinader, regarding the start of the second school period 2022-2023.

Depending on student demand, buses with capacities of 25, 45, and 90 passengers will be assigned to the areas. The plan will eventually be extended to the entire country to ensure student mobility. He emphasized that in mountainous areas of some provinces, such as Azua, Samaná, and Higüey, a “school safari” will be included to facilitate access to those areas. Pérez Figuereo stated that the vehicles that will be put into operation are used in this first stage. “These are used buses owned by the Metropolitan Bus Services Office (OMSA) and the Ministry of Education (Minerd).”

Not a good idea. Use buses or leave the way it is now.

Used buses are loosely maintained, if maintained at all. School buses out of all the vehicles in the country should be the best maintained and operated. However, this is the RD and there is little chance of it happening.

My error over “Used” buses. I mistakenly read Ramon Garcia’s post as “Used” rather than “Use buses”.

This is the most ridiculous thing I have read in my life. How can this even be possible. Most corrupt country on earth so I guess there is no money for school busses. Insanity !

Really? Our country has one of if not the highest death by motor vehicle/cycle in the world … so why will you put our children at Risk like this … makes no sense…