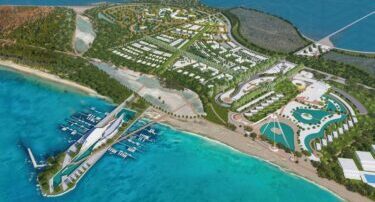 The tourism development project in the province of Pedernales will not be stopped, according to Sigmund Freund, executive director of the General Directorate of Public-Private Alliances (Dgapp). They have continued to “accelerate” the work of public trusts. “In Pedernales, at the end of January, we start the construction of two hotels area. In other words, no matter what happens with the public trust law, Pedernales will continue,” the official stated.

Also, he indicated when being interviewed in the program ‘Hoy Mismo’, broadcast by Color Visión, that “the best vehicle” to develop a tourism project like the one in Pedernales requires “escrow”, since it cannot be carried out under the structure of a “traditional public administration”. This escrow was also used in 2015 by former President Danilo Medina who created a trust for the tourism development of Pedernales. What happens is that that escrow was not successful at the time for a variety of reasons,” Freund explained.

He clarified, however, that this management has been “successful” with the Pedernales project and has identified trust as the only way to do it. “We are developing legislation that will efficiently and transparently regulate the development of this escrow,” explained Dgapp’s executive director.

What are the names of the two new hotels or is it a state secret?