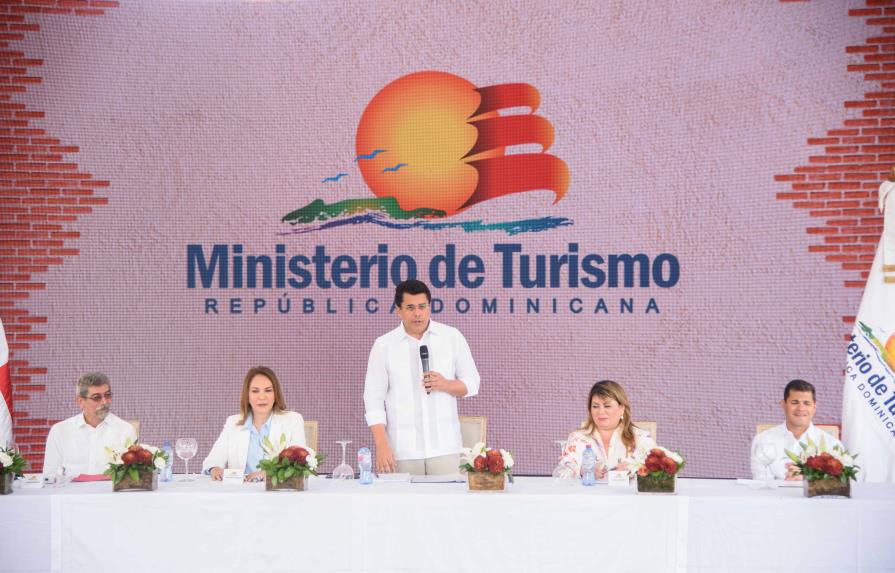 “The time has come for the Colonial City,” said Tourism Minister David Collado, as the “Project for the Reconstruction and Conditioning of Streets, Sidewalks, and Curbs of the Colonial City” began this Wednesday, complementing the Inter-American Development Bank’s (IDB) 90 million dollar project in part of the historic center. This is a project that aims to benefit residents in the Santa Bárbara, San Antón, San Miguel, and San Lázaro sectors by reconstructing 17 sections of streets worth 110 million pesos out of a total of 460 million, which includes the intervention of the Alcázar de Colón, the Panteón de la Patria, and the Puerta de la Misericordia, among other works. In the northern part, the streets that would be intervened are: Polvorin, section Mercedes Juan Isidro Pérez; Restoration, José Reyes, Merino; Duarte, La Noria Restoration; and José Reyes, Las Mercedes section. In all of them, work will be done on the sidewalks, streets, and storm drainage.

Collado launched the project with the Minister of Culture, Milagros Germán; Mayor Carolina Mejia’s representative, Mrs. Rosalia Féliz; Juan Mubarak, director of Monumental Heritage; David Llibre, president of the Dominican Republic’s Association of Hotels and Tourism (Asonahores); and William Garcia, president of the Union of Neighborhood Associations of Ciudad Colonial. The Committee for the Preservation of the Colonial City of Santo Domingo, established by President Luis Abinader through decree 283-21 to develop the “City Action Plan Colonial 2022-2023,” is made up of various official entities such as Tourism, Cultural, and the Mayor’s Office. “We are going to start this process of rescuing the Colonial City by investing 460 million pesos from the Ministry of Tourism’s budget to unify efforts with the Mayor’s Office, with Culture, and with all the other institutions so that this Colonial City can shine in the world as it is, a world heritage, and that is why the time has come for the Colonial City, regardless of the 90 million dollars that the Inter-American Development Bank (IDB) is investing,” said the official.

During the project’s initial phase, Minister Collado stated that the Dominican Republic is regarded as one of the world’s top tourist destinations. This is possible because private interests have been set aside to embrace a topic such as sightseeing.

Guess this historic district which is near the seat of government and the tourism money canasta is always high on the list of rehab projects. Why? It has been suggested the father a location is from the centers of government center the more apt it succumbs to a loss of needed attention. Out of sight out of mind. Is Cangrejos bridge on the north coast out of sight? Why are overpasses and intersections similar those on Las Americas in Boca Chica missing from out sight and accident prone Blvd Turistico de Este in Bavaro/Punta Cana?

They keep building with no attention to infrastructure. Remember all the intersections in Punta Cana were to be updated only a few months ago? The only one that was, is where the wealthy live in Cap Cana and Punta Cana. These clowns look good on the surface, but scrap away the sugar coating and they are just like the days of old.