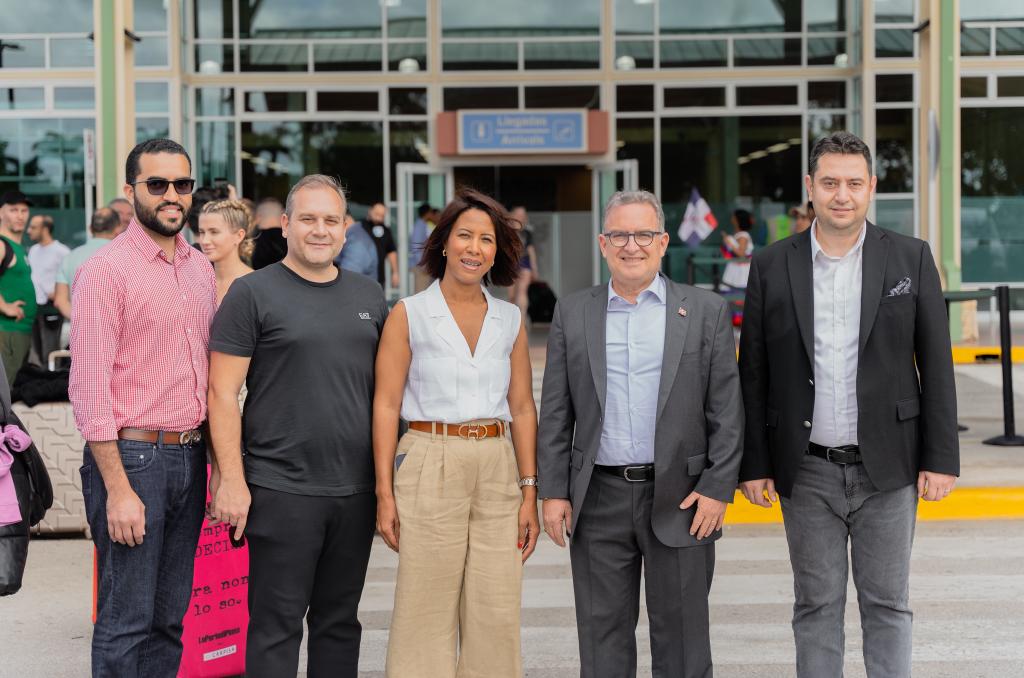 AirAnka, a Turkish airline, launched its first charter flight from Istanbul to La Romana, Dominican Republic. This event is part of the Turkish group Acunmedya’s strong presence in the country, a company known internationally for producing popular reality shows such as Survivor and Exatlón, which are filmed in La Romana every year, employing hundreds of Dominicans and foreigners. Flight TZ701 carried dozens of passengers, including the Dominican ambassador to Turkey, Elvis Alam Lora; Ebru Atasav, CEO of Acunmedya; and AirAnka CFO Bilgen Salih Narli.

In this sense, Ambassador Alam Lora indicated that “the authorization of the route would be very beneficial for the country since the Dominican community in Turkey would have greater facilities to come, like other citizens of that part of the world, which would contribute to our tourism. Furthermore, there would be an opportunity to export fresh agricultural products and improve bilateral trade relations. Regarding Acunmedya, the diplomat considered that “there is no tourism budget that achieves what they are achieving. Everyone is familiar with us because of their popular show “Survivor,” which is broadcast in ten countries and is watched by millions of people.

Ebru Atasav, CEO of Acunmedya, regarded the company’s 15-year presence in the Dominican Republic as very positive, which is why the company continues to expand its projects and investments in the country. “We want to keep making more productions for more markets and growing as that platform that shows the beauty of this island internationally, while also creating jobs and well-being in a variety of ways,” he added.

The executive revealed that the company is building an apartment complex in La Romana to house the teams that are involved in the production of its programs, which exceed 2,000 people.