Community members of the Ensanche Luperón complain about crime 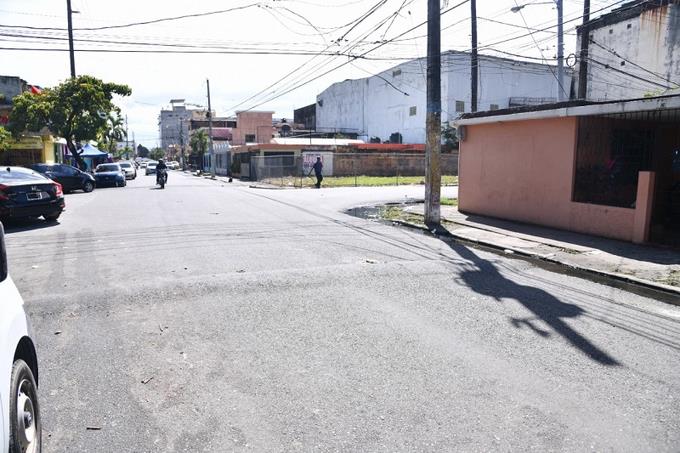 Santo Domingo, DR
Residents of 37th Street, in Ensanche Luperon, National District, expressed their fear of insecurity due to crime in the sector.

The residents expressed their insecurity after the incident where three alleged criminals were killed last Wednesday and assured that crime “has not stopped.”

In the same way, business owners are dismayed by the crime wave; at the same time, they said that because of Wednesday’s incident, it will not stop, “it will just calm down for a few days.”

Agapito, the owner of a grocery store in the area, said that he has had to close his business earlier in the morning for fear that evil people would loot his place because the street where it is located is very lonely, which makes it an access point for the criminals.

He also indicated that on Wednesday afternoon, before the death of the three young men who shot at the National Police, he observed a pick-up truck similar to the one used by the alleged criminals who died.

Likewise, some employees and clients of a beauty salon located on the same street complained about the criminal situation in the area, stating that these youths were not the only ones responsible for the crimes in the area.

They also spoke about a group of youths between 11 and 20 years of age who “besiege” East 35th Street, vandalizing, breaking vehicle windows, and shouting expletives in front of the house of the community members.

The young men, who died last Wednesday in an exchange of gunfire with members of the police, were wanted by the institution for their connection with some criminal acts registered in the sector and surrounding areas. The men were identified as alias Mello and Brailyn, while the identity of the third is unknown.

According to the police spokesman, Diego Pesquiera, three firearms were found at the crime scene, among other evidence. He also explained that those killed were linked to a gang dedicated to committing assaults and other crimes.

These people are scared and rightfully so. The government has to ramp up protection to include Ciutran military to support the police at this location and many others.