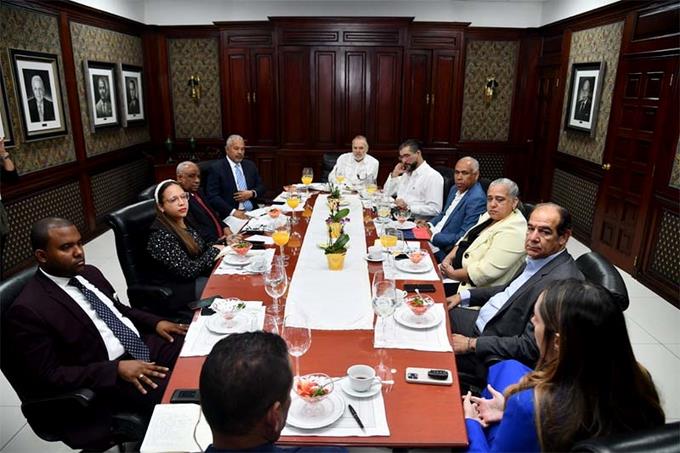 “It is clear that the Dominican Republic, is suffering the ravages of climate change,” said Minister of Environment and Natural Resources Miguel Ceara Hatton, pointing out that the floods on November 4th, as well as the intensity and frequency of cyclones, are the result of this phenomenon. He believes that the country faces a challenge in terms of cooperation in dealing with this situation. “We have a vice-ministry dedicated solely to this issue, which helps us a little in setting the course,” he explained. Milagros de Camps, Vice Minister of Climate Change and Sustainability, specifically stated that the World Economic Forum listed the world risks of the next ten years in terms of economic development, investment, and various areas, with the first three on the list focusing on climate change.

These risks include failure to mitigate, failure to adapt, and extreme hydro-climatological events. The first refers to the failure to reduce greenhouse gas emissions, which is what causes climate change to accelerate. “It is the responsibility of developed countries, where these gases are emitted the most, so we as an island country are more vulnerable, but we are not responsible for causing climate change, on the contrary, we are victims,” the official said. She explained that the ministry’s top priority is to develop policies, programs, and projects that will increase the nation’s resilience in the face of the negative effects of climate change.

To accomplish this, they are preparing to conduct studies that analyze the country’s economic development model to determine where they should go and what the greatest impacts would be. “We have already made projections, we have worked on projects that have given us concerning results, such as sargassum, drought periods, and flash floods,” De Camps explained. They are also working to identify the country’s most vulnerable areas: Miches and Pedernales.