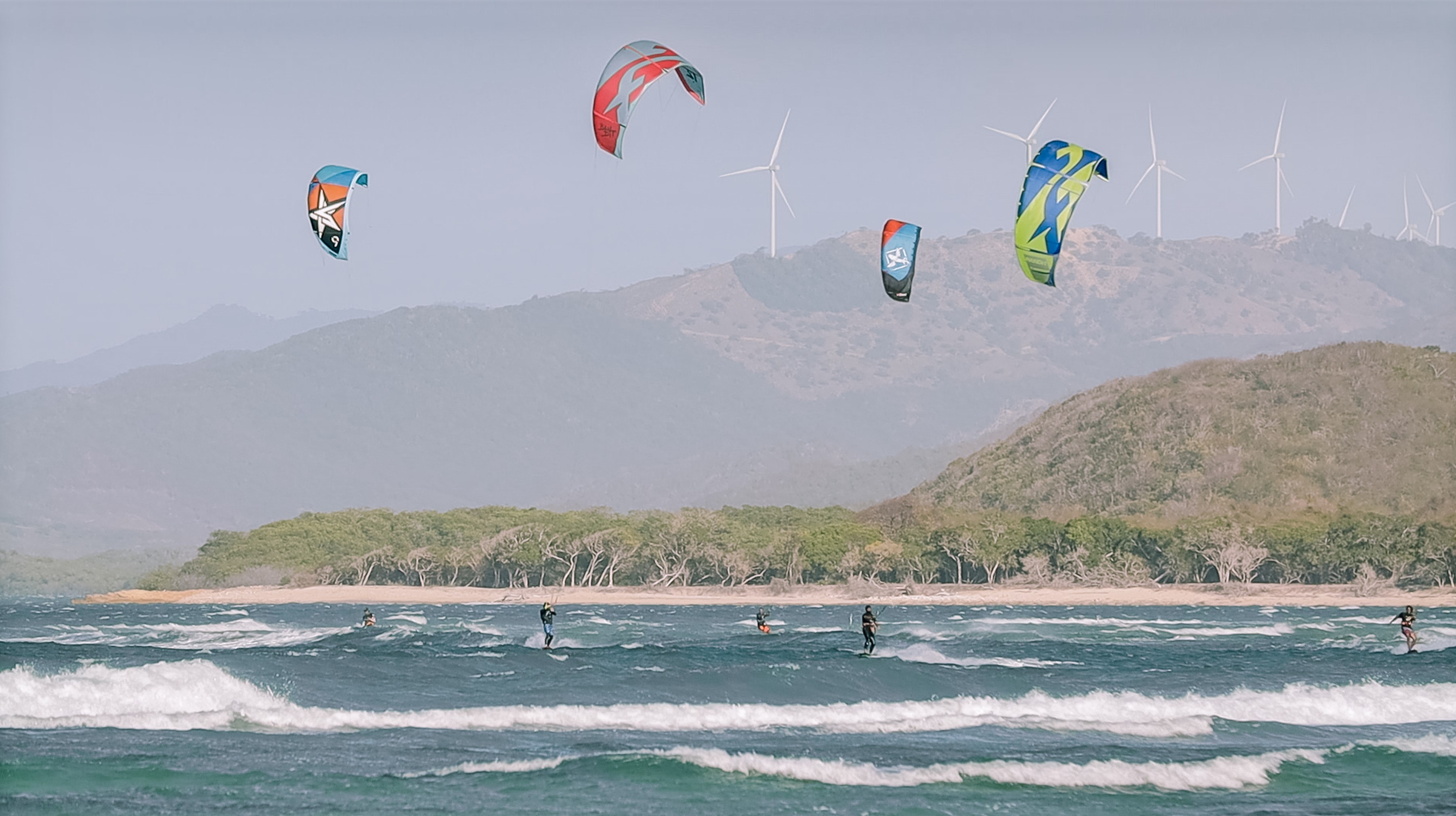 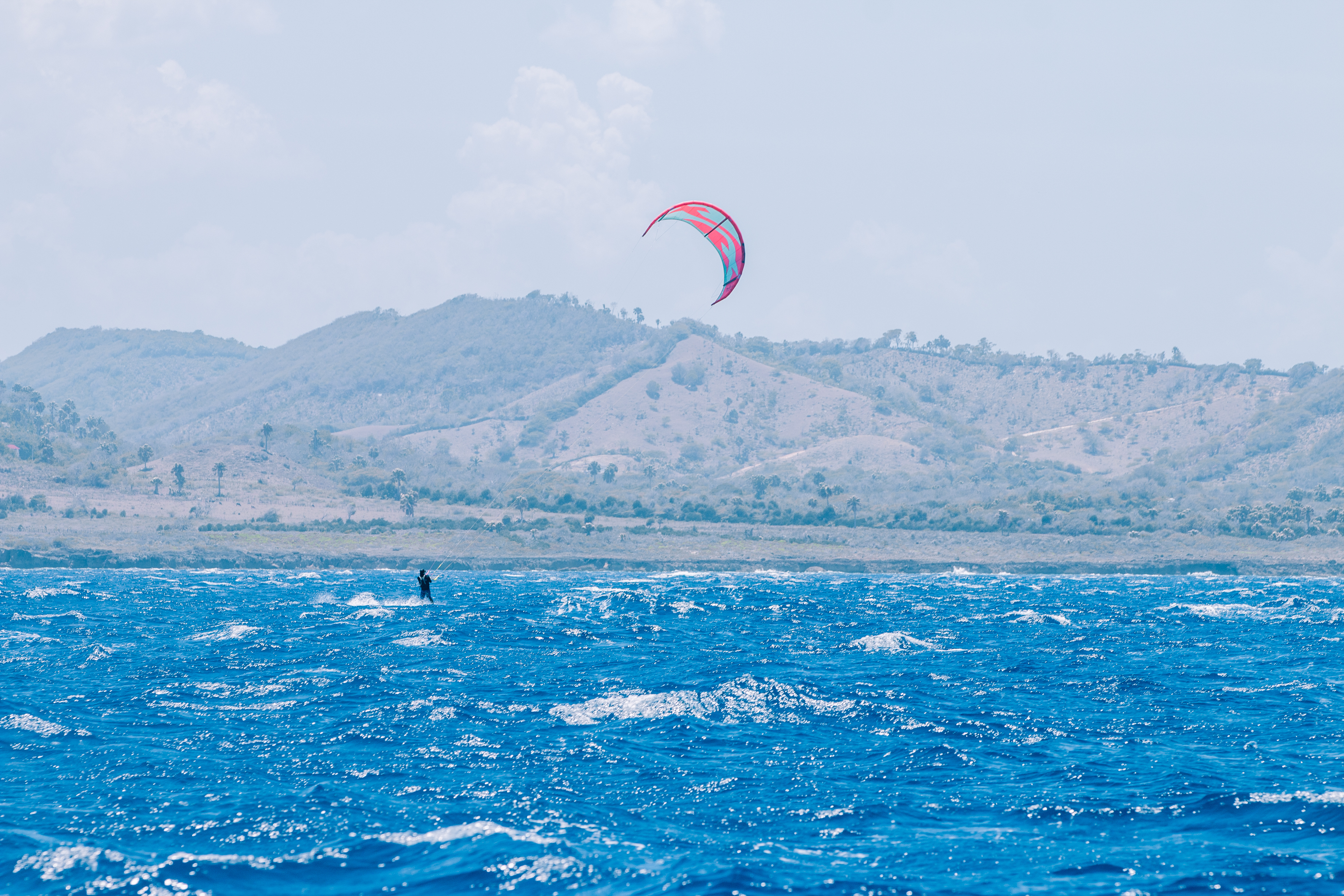 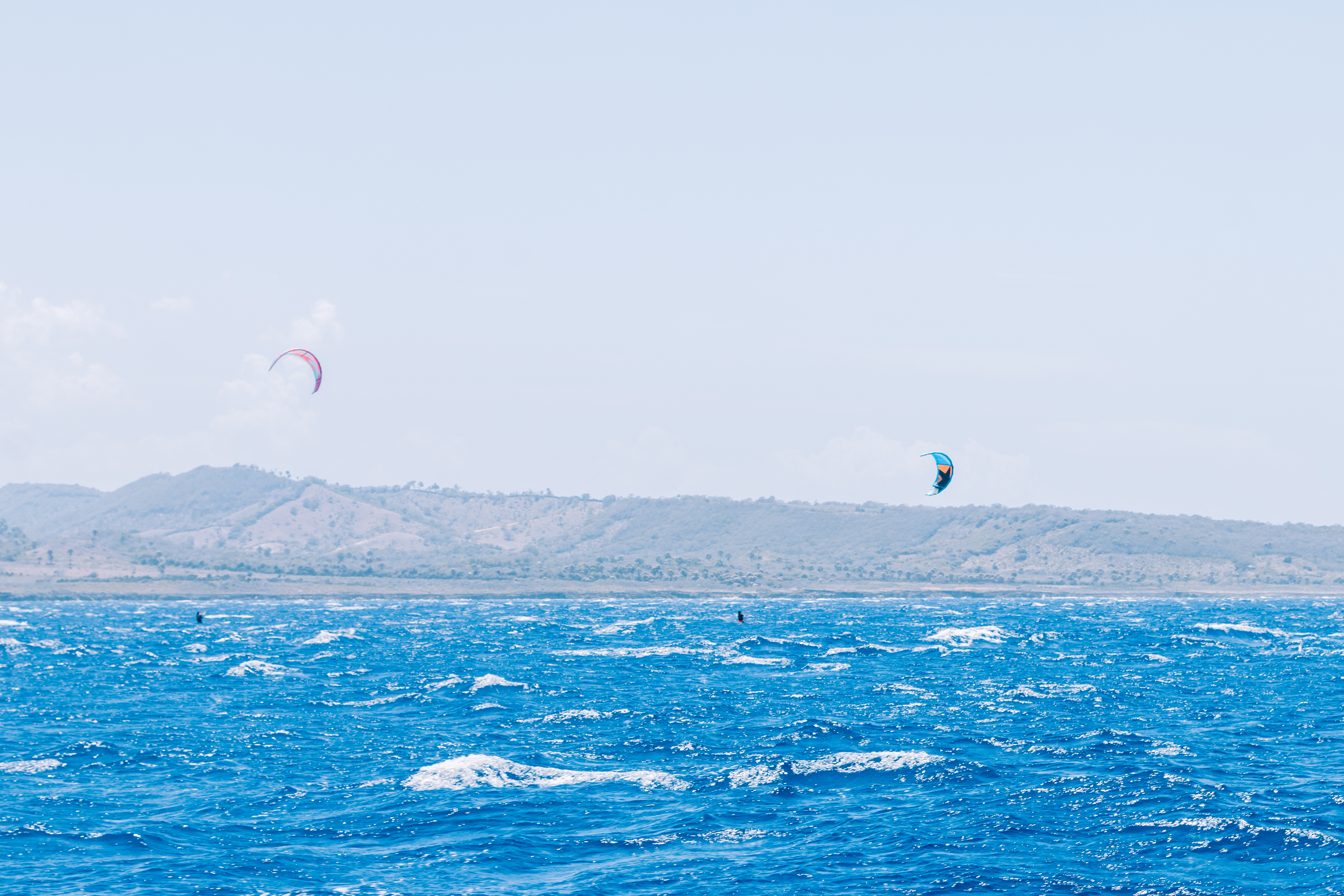 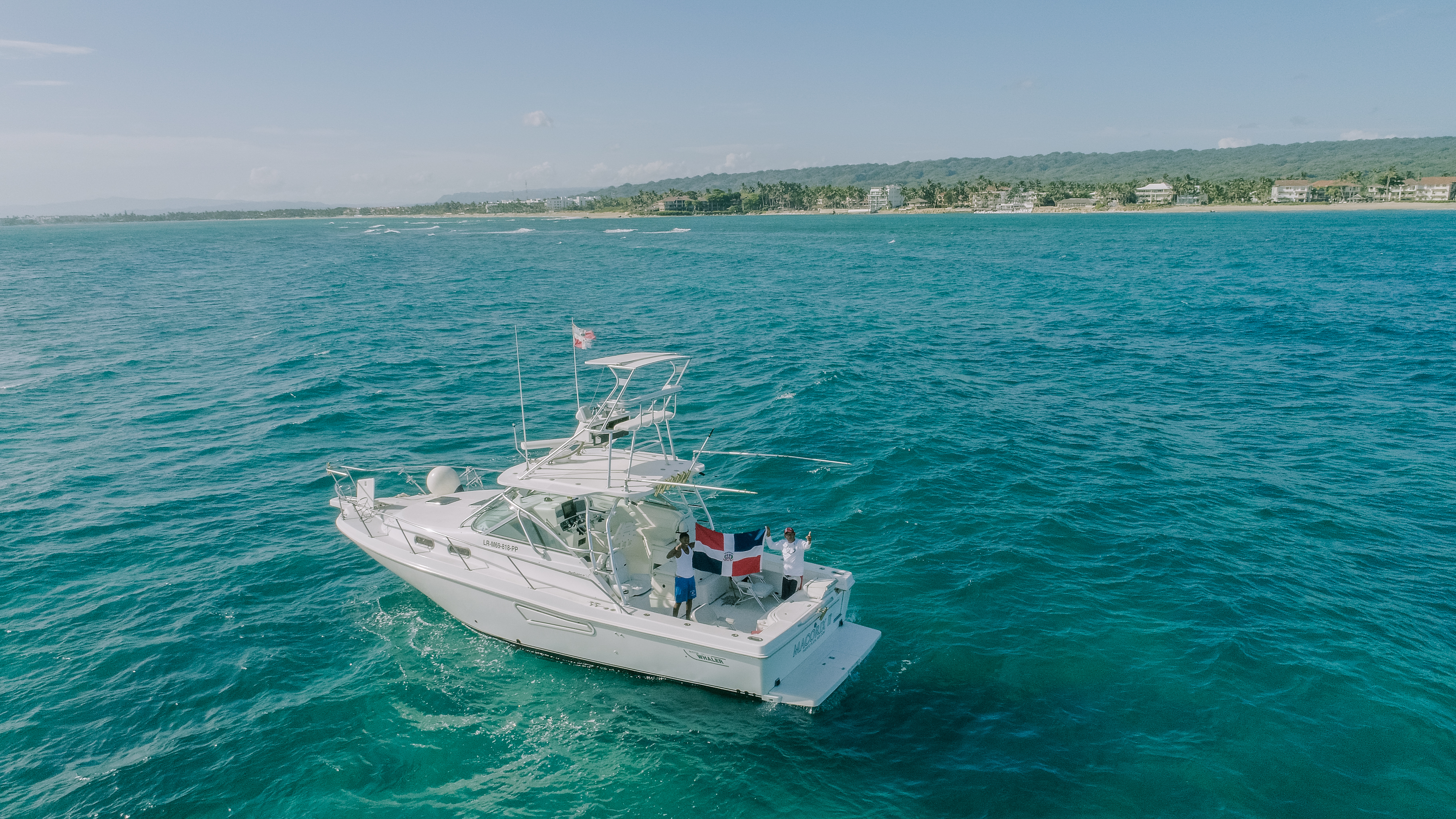 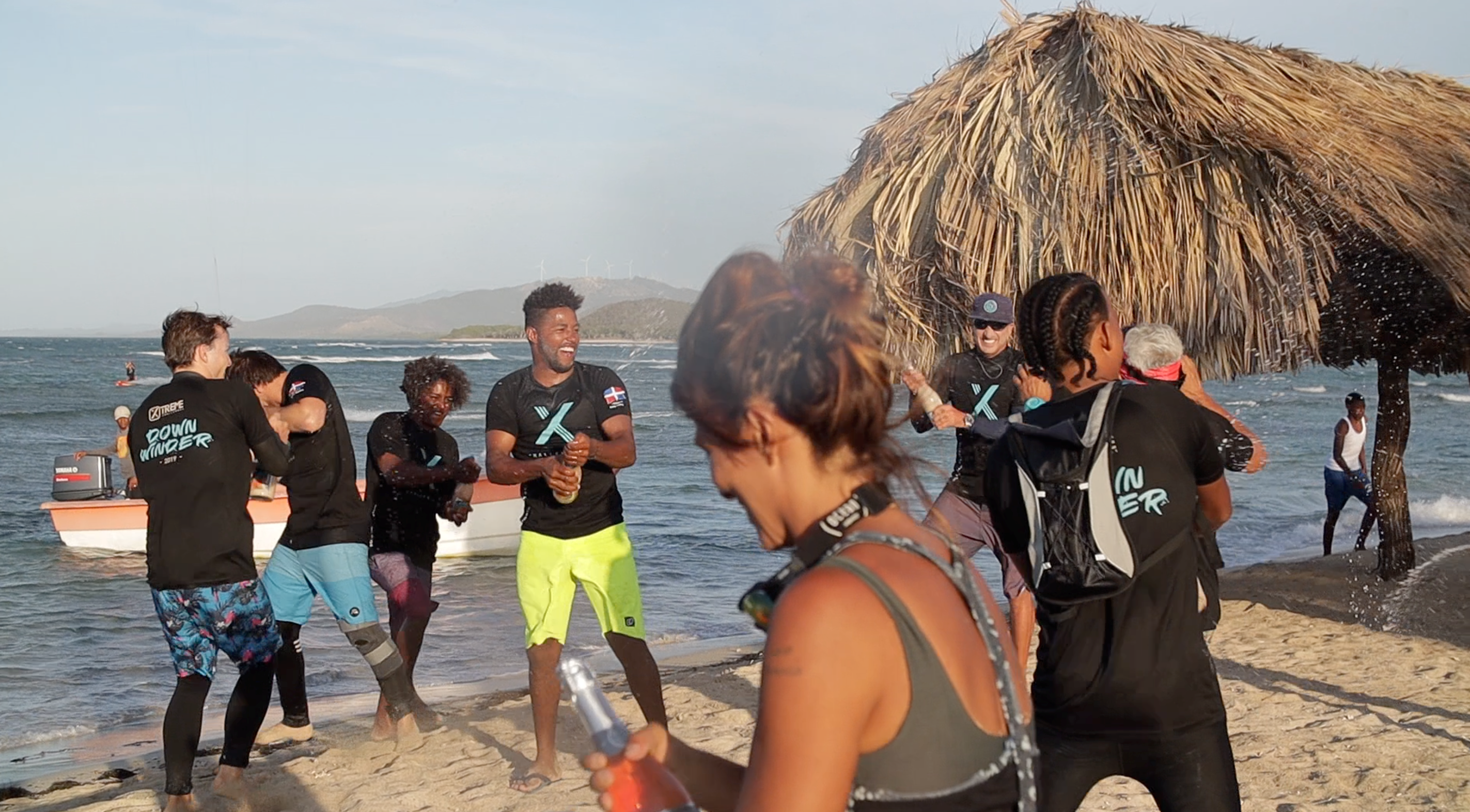 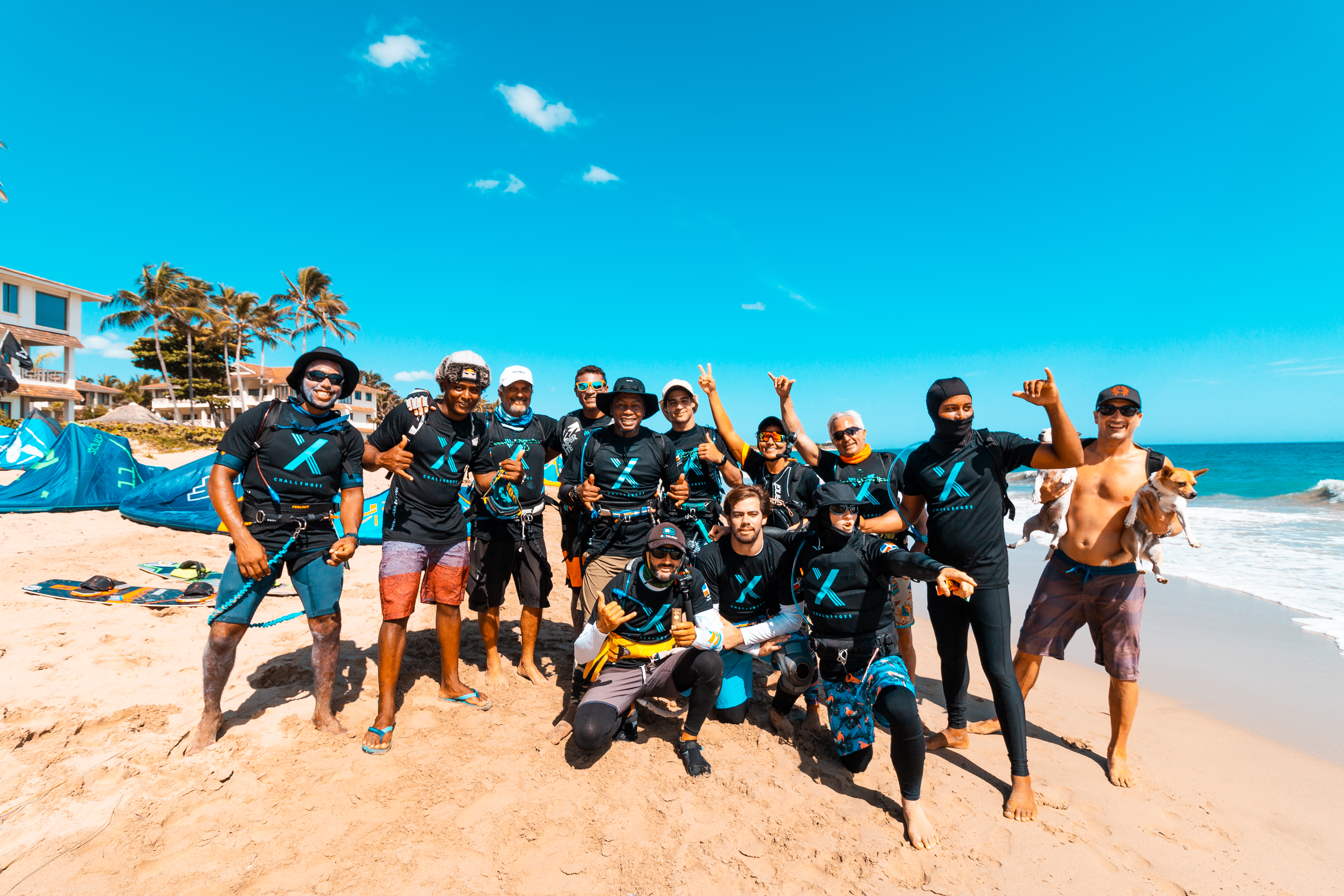 “Words cannot do justice to what was seen and felt during the entirety of this Xtreme Challenge. I am so happy and stoked for everyone who not only supported but took on the challenge! It was an adventure of a lifetime that will stay in my mind for a long time. Looking forward to the next Xtreme Challenge in 2020!” — Charles Osterlund

A joke that turned into a reality!

12 Kite Boarders took on a never before attempted Xtreme Challenge in the Dominican Republic! Kiteboarding over 117km along the beautiful northern coastline of the island, from Cabarete to Buen Hombre.

It all started off as a joke between Charles Osterlund and Roberto Pereyra a couple of months ago in May. One night after work they were talking about possible downwinders that could be run in the Dominican Republic. After talking about a few options in the local area, a crazy idea came about to kiteboard from Cabarete to Buen Hombre which sounded basically impossible… The only way to make the journey would be if the weather was just right along the entire coast and if the kiter would have the endurance to keep the speed required to make it on time before nightfall.

After doing some research they found out that the distance between Cabarete and Buen Hombre by sea is around 110km. The math showed that if they maintained an average speed of 20kmph they would arrive in around 5 hours and 30 minutes. This calculation was based on everything going perfectly – from the wind starting early in the morning around 10:00 am – to the wind being equally strong along the coastline – to no equipment failures.

As more research and calculations were done, what seemed once somewhat possible started to seem to have very little to no chance of success and quite dangerous. This extreme challenge with very little chance of success and lots of risks involved brought up the idea of what now is “Xtreme Challenges”: challenges that are nearly impossible to successfully pull off. For the challenge to be accomplished the conditions must cooperate and the individual has to do whatever it takes to successfully manage it.

This first-ever Xtreme Down-Winder Challenge invited 12 kiteboarders from different ages, genders, backgrounds, and countries. The 11 men and 1 woman were of Dominican, Italian and Canadian nationalities, ranging from 20-62 years of age. 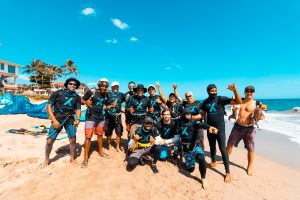 When the event window was set between August 12-18 it was a matter of time until the joke became a reality.

We took all the safety measures, and we finally arranged to have two Rescue Boats that would try to follow these fast kite-boarders and rescue them if needed and the final safety measure being that each rider and support would have a phone which could help the riders and support communicate in case of emergency.

As the dates got closer to the event’s window, the weather forecast became more accurate and the 14th of August was selected as the official date for the Challenge to take place. Despite the Challenge having many variables and room for error, the event took place!

On the day of the inaugural event – all kiters were ready and at 10:20 am the 12 Kiters embarked on the journey and didn’t look back. After 2 hours and 45km of open sea crossing, they arrived at Punta Patilla, Puerto Plata. This was the first and only brief stop, to restock on water, food, and sunscreen for the remaining 70km of the challenge. Between Punta Patilla and Buen Hombre, the riders would have no other chance to stop – this was the moment were riders could decide whether to continue or drop out of the challenge. 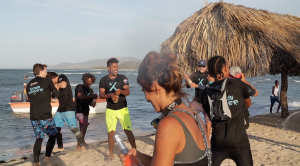 At this point – one rider decided to stop because of blisters on the hands while another challenger ended up caught in the reef leaving Punta Patilla and being injured in the legs severely enough to be taken out of the challenge.

Now only 10 riders were left kiting the last and longest leg of the Xtreme Challenge. While continuing down the coast, all the riders saw and experienced beautiful coastlines of the Dominican Republic normally unseen by much of the public.

At around the 65km mark, one kiteboarder experienced an equipment failure. His kite ripped in mid-air. Luckily the boat rescue was close enough behind to rescue him. As the challenge continued one other kiter was completely exhausted and forfeited outside “El Parque Histórico La Isabela” at the 83 km mark. This athlete was also successfully rescued by the support boat! 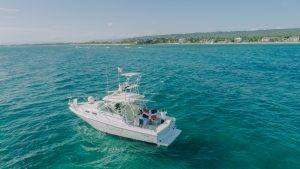 One Woman and 7 Men were left barely standing at the final destination of Buen Hombre – 6 Hours later and 117km from where they began in Cabarete! 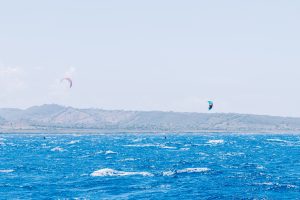 This Xtreme Challenge was not only a feat of extreme mental and physical endurance for each challenger, but it was also a group effort to show the world that the Dominican Republic is a beautiful country to live in or visit, filled with adventure and life

The best part of the challenge was when everything was done and everyone just had a great time hanging out sharing in the experience. Through the challenge, everyone became a stronger person. The obstacle is truly the way.

September 2nd, 2019 will be the official release of the legendary adventure and never before attempted Xtreme Kiteboarding Down-Winder Challenge from Cabarete to Buen Hombre! The event was not only the longest recorded down-winder kiteboarding in the Dominican Republic but also the first to ever be completed as a large group which was completely supported by private individuals and businesses! All updates will be on the social media platforms of Liquid Blue Cabarete ( @lbcabarete ) on Facebook and Instagram. 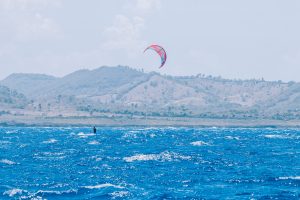 Federico Diaz: ‘’Embracing our fears is the only way to overcome them’’

In the end, we hope by creating, attempting and sharing this challenge that we inspire others to push themselves above and beyond the norms – beyond limits. We are all living in one of the best and most difficult times and the only way to survive and thrive is in the Xtreme.

“Even at 42 years old with a prosthesis implanted in my neck, I accepted the challenge from the beginning. I like to get out of the box and always change the route in my life, especially at sea. The different and unknown horizons fascinate me… Now I just hope to become even stronger for the next horizon…” — Samuela Mule: kitesurfer, event organizer

Have Fun. Be Safe. Live Xtreme.

Stay tuned for the 2020 Xtreme Challenge!