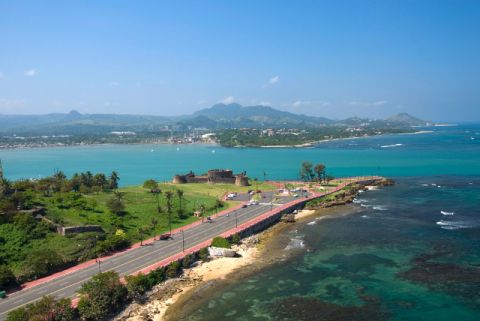 Authorities of the Puerto Plata province have ordered a ban on parking on the town’s boardwalk from Monday to Friday from 3:00 in the afternoon, while from Saturday to Sunday throughout the day, as a measure that seeks to avoid agglomerations of people by COVID-19.

In that sense, Johny Tavárez, provincial director of Health, announced the provision that seeks to maintain the social distancing of people on this important road, indicating that it is the result of a meeting with the provincial authorities, the governor, Claritza Rochtee, the Mayor Roquelito García, as well as the commanders of the Air Force, Dominican Navy and National Police.

In addition, he pointed out that restaurant owners in that area and in other parts of the city, including the Maimon fishmongers, have been instructed to limit the number of tables to ensure that customers can be in the establishments with the required distance.

“The situation of the beaches will be permanently monitored to avoid crowds of people, citing in particular cases such as Teco beach, in the municipality of Maimón, where, according to what has been seen on social networks, it has been taking place a great agglomeration of people,” he added.

He said that the measure will be extended to all the beaches in the region, for which an operation has been coordinated to supervise them as well as for compliance with the measures corresponding to the boardwalk, according to Listín Diario.