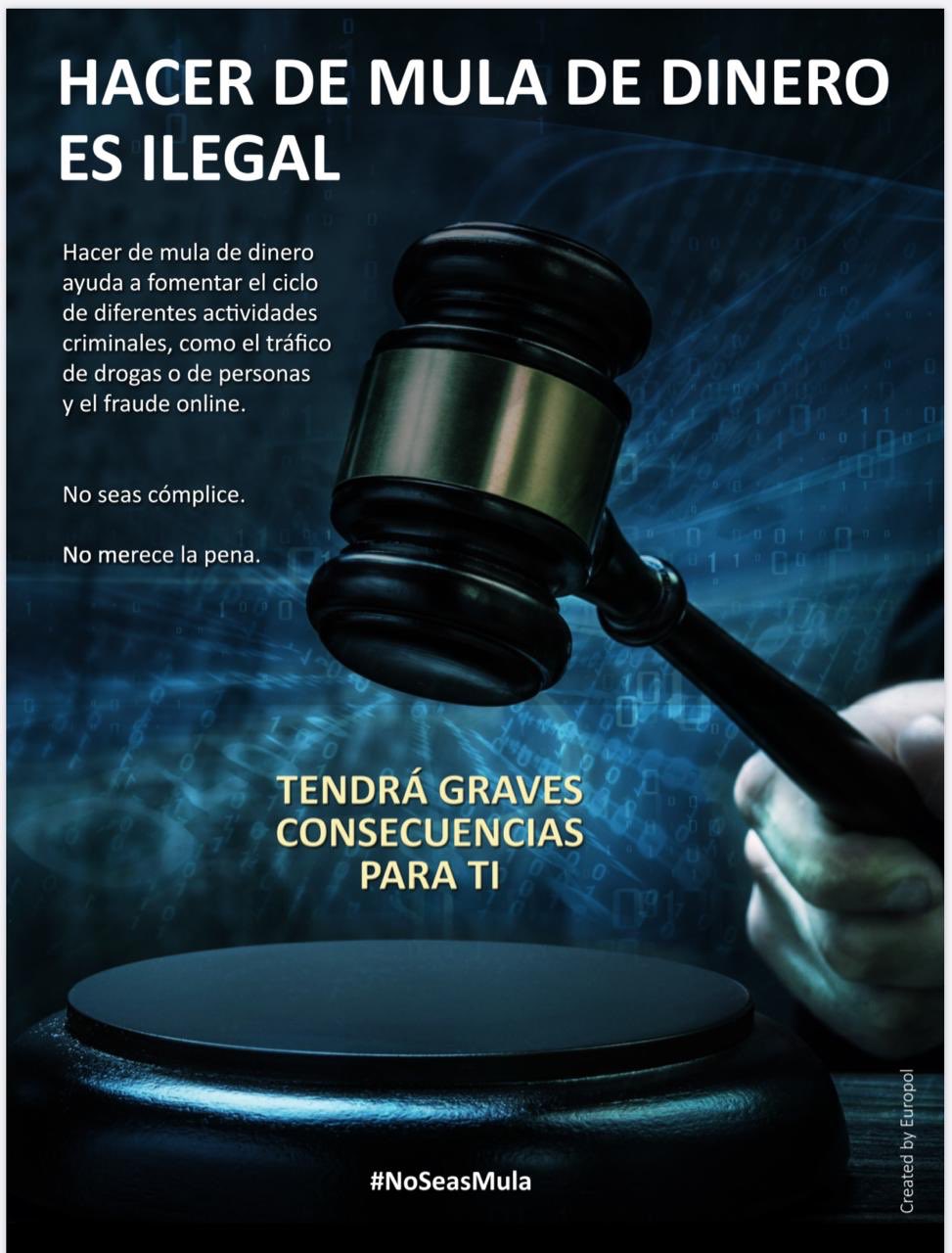 Being a money mule is illegal. Don't be an accomplice.

PUERTO PLATA.-  The Puerto Plata Prosecutor’s Office asked the population to be very alert to a new criminal modality that criminals carry out to use citizens as “Money Mules.”

Offering details in this regard, Magistrate Warlyn Alberto Tavárez, explained that citizens should exercise caution when they are contacted to go and find someone else’s money in banks and shipping agencies.

He specified that someone who receives or transfers money of unknown origin received in his account in exchange for a commission becomes a “Money Mule” which is illegal and helps criminal organizations to launder money and easily transfer it to criminals.

He said that criminals recruit their victims in different ways, either by pretending to offer real work, with the slogans “Work from home” by pretending to be a money transfer agent, but in reality what is being done is transferring illicit money bands of criminals.

Tavárez warned that the people most wanted by criminal organizations are citizens who have recently arrived in the country, the unemployed, students, people with economic problems, mainly men between 18 and 34 years old, and women of any age.

“In our legislation, being a ‘Money Mule’ is punished as complicity in the crime that gives rise to obtaining the money. So be careful with getting money for someone from the bank, Caribe Express, and Western Union. Do not fall for the scams!” Said the representative of the Public Ministry.