The works that the President has promised to Puerto Plata 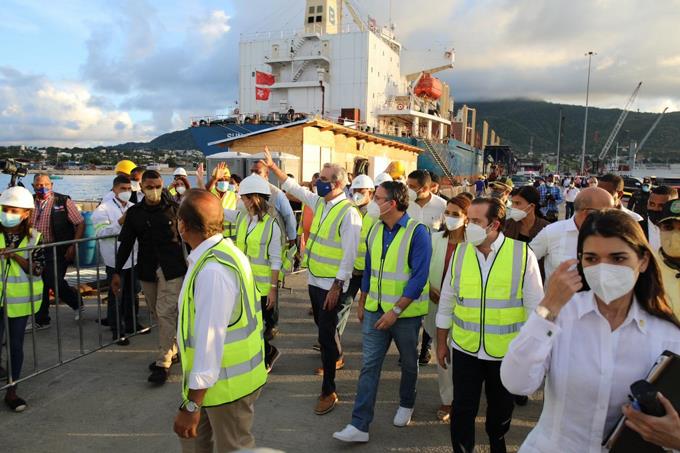 These new infrastructures include a new cargo and cruise ship dock, as well as a dock for fishermen.

Among these new infrastructures are a new loading dock and cruise ships and a dock for fishers.

Similarly, the head of state promised to change the fishermen’s boats, the total remodeling of the historic center of the province, and the Amber Road’s completion.

He said that in this province, projects would be developed that will create thousands of jobs.

Abinader announced that dozens of cruise ships would arrive in Puerto Plata in April next year, with thousands of tourists.

“This whole area is going to be renovated so that this historic center of Puerto Plata will be the most important tourist area in the Caribbean. Also, there will be a loading dock so that all the cargo of the region can be exported here, and also imports arrive,” he said.

He informed that he spoke with the fishermen to ensure the dock is designed and built in an organized way and that the government will help renew its fishing fleet.

As for the repair of the baseball stadium in Puerto Plata, Abinader said that it was requested and that he will meet with the Dominican Baseball League to discuss renovations.

The President said that he will also repair the houses at high risk and that this Sunday, in Playa Oeste, the Dominican Program for Reconstruction will begin.

Accompanying the governor were Vice President Raquel Peña, the Administrative Minister of the Presidency, José Ignacio Paliza, and the province’s authorities.