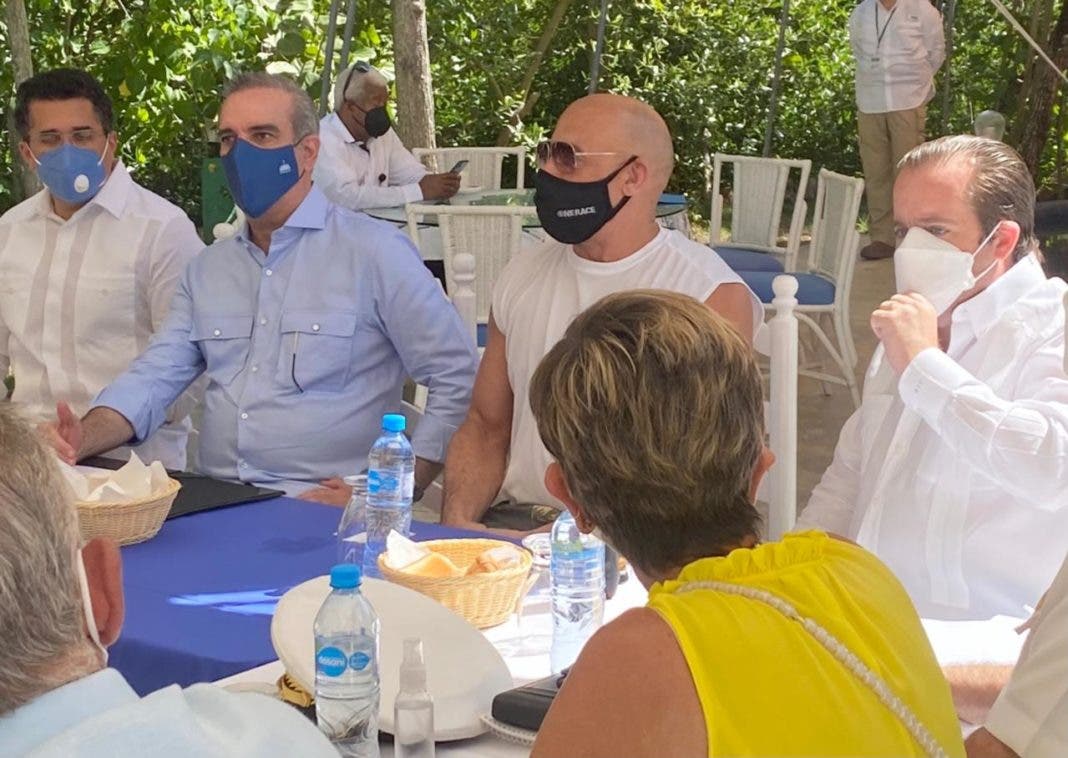 It is estimated that they discussed future projects and business in a meeting in a restaurant in the Bride of the Atlantic.

Earlier today, the president inaugurated a treatment plant of the wastewater system and the Luperon municipality’s impulsion line, with an investment of more than 300 million pesos.

In addition to the head of state, the minister of tourism attended the meeting, David Collado; the Administrative Minister of the Presidency, José Ignacio Paliza and the senator of Puerto Plata Ginnette Bournigal.