Seventh edition of “Master of the Ocean” celebrated in Cabarete, Puerto Plata 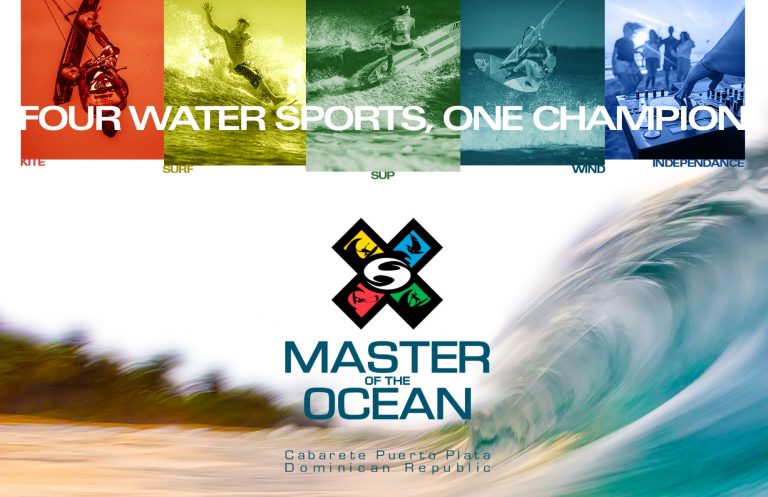 Master of the Ocean, the most widely encompassing extreme water sports competition, will celebrate its seventeenth edition, from September 14 to 18, 2021, in Playa Encuentro, Cabarete, Puerto Plata, with representatives from 12 countries.

The event, which is supported by the Ministry of Tourism (Mitur), is expected to see a lot of action on waves and winds thanks to the participation of renowned local and international athletes.

The elite race is unique in that it includes professionals who practice surfing, windsurfing, kite surfing, and SUP (Stand Up Paddleboarding).

Professionals of more than 12 nationalities will participate in this event. Many expectations are generated by the famous Olympic competitor Manuel Selman, who was among the top 20 in Tokyo this year.

The information was released by Marcus Bohm and Patricia Hiraldo, founder, and CEO of Master of the Ocean, respectively, along with Stephanie Kfouri, director of Mitur in Puerto Plata, among other personalities.

Also expected is the legendary Action Man from Barbados, Brian Talma, an ambassador of water sports on his native island, where he shines as a surfing ambassador and promoter of the Beach Culture World Tour.

Marius Herrmann, a powerful athlete in several disciplines, will travel from Sylt, Germany. Also, for the first time, we will see the Amazonian surf rider from Germany, Valeska Scheider.

Also, Italian veteran Samuela Mulé, who will be flying through the air on her kite, is a recognized entrepreneurial leader who has made Cabarete her home for the past eight years. Spaniard Imma Nin Franch is a talented kitesurfer who has won awards in Big Air and Cayu Kite Race, among other great athletes of international stature.

Cabarete has produced world champions of the highest caliber. The great Creoles of the kite Papito Santana, Joselito del Rosario, and Carlos David are expected to take the Dominican flag to the highest point over the ocean.

This year 2021, the modality of the competition will be in the form of teams formed by four competitors; each athlete specializes in a discipline: surfing, windsurfing, kitesurfing, and Stand Up Paddleboard.

Recently, the Minister of Tourism, David Collado, attended the Formula Kite race, and daringly, he jumped into the sea in a boat to experience the race from the front row. Minister Collado affirmed that “the Dominican Republic and Cabarete will become the water sports tourist destination par excellence worldwide.”

Master of the Ocean is the competition that brings together in the same location, four sports disciplines. The conditions are spectacular for even pro athletes worldwide who come to this place, attracted by the breeze, temperature, waves, and the human quality that characterizes the Dominican people.

For the first time, Kymera DR electric boards will contribute to water safety with their electric boards or rescue boards and have announced an equipment donation to the Happy Dolphins Foundation, a jet board for future training programs in lifeguarding.