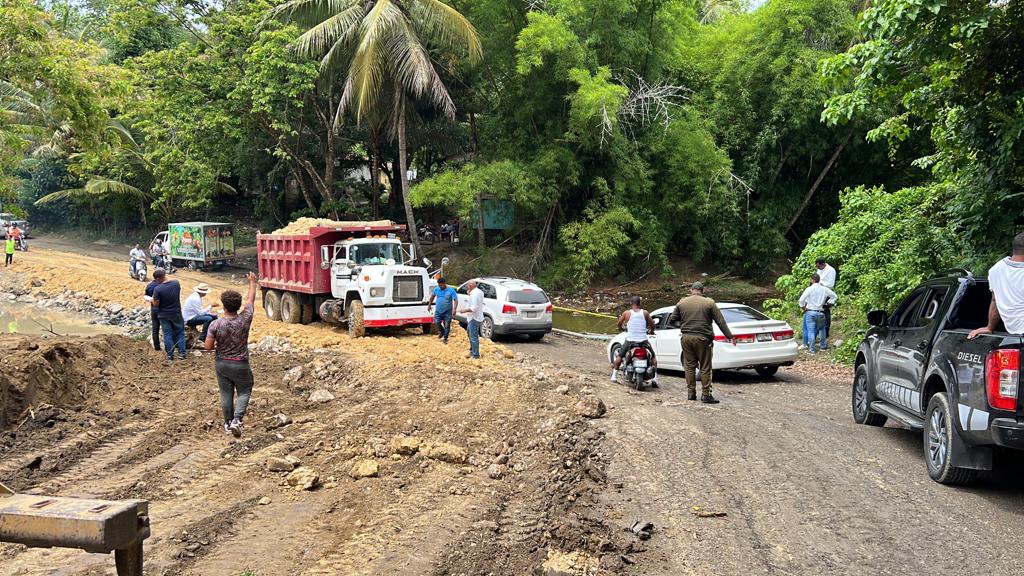 The Ministry of Public Works reported this Friday that its brigades are working hard to ensure that by next week the passage of light vehicles over the Cangrejo bridge in Puerto Plata will be provisionally restored after one of its bridge support beams was broken.

The Deputy Minister of Supervision and Control, Roberto Herrer, explained that this bridge has already fulfilled its useful life because it is more than 50 years old.

Herrera also reported that by order of Minister Deligne Ascención, studies and designs are being worked on to construct a new structure. Still, while this is happening, the MOPC is working on finding a temporary solution to facilitate vehicular traffic there.

“The Cangrejo bridge is “fundamental” since it connects the entire route between Puerto Plata, Montellano, Gregorio Luperón airport, Sosúa, among other towns on the north coast, which is why we are enabling an alternate route through the Los Pérez sector that connects Montellano and Sosúa and surrounding areas.

Meanwhile, work is being done on expanding a speed bump on the road that has been arranged to divert vehicles to facilitate more fluid and faster traffic so that users are not affected.

He said that the MOPC aspires to be able to go through this alternate route next Tuesday, not as smoothly as desired, but it is the most expeditious solution at the moment.

It is recalled that the El Cangrejos bridge suspended traffic due to a displacement of a support beam that allowed a column to break, which represents a danger for those who travel along that road.

Since the weakening of the structure, teams from the Ministry of Public Works have been working to prepare the road while a solution to the bridge’s situation is sought.

When the country wants to, it can make miracles. A provisional bridge using culvert pipes and gravel can be constructed in a short time.

yeah that short cut is a killers specifically at night. it took me 2 hours to get from Sosua to Jumbo, but in this case MOPC is doing a good job