US$879,020 from Bahamas seized at Puerto Plata airport 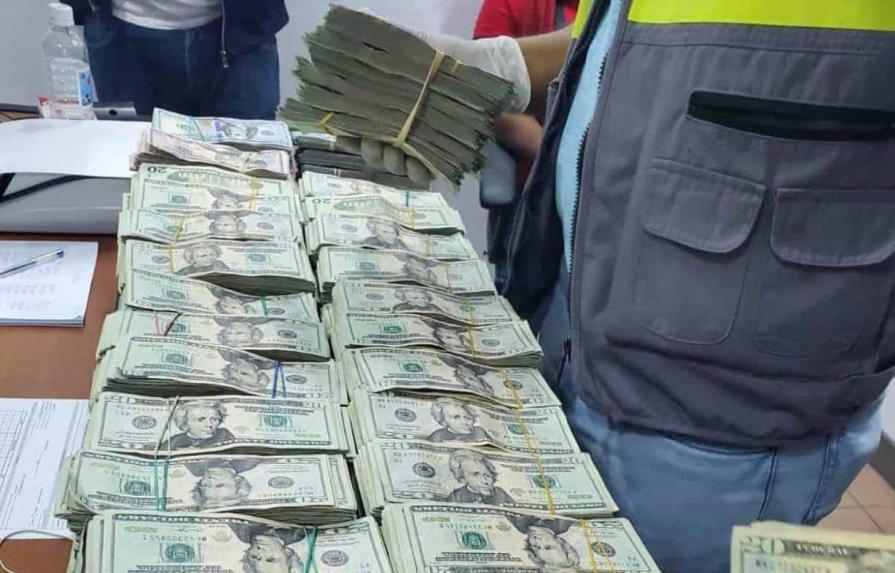 Part of the money that was intended to enter the Dominican Republic illegally. ( EXTERNAL SOURCE )

The Directorate General of Customs (DGA) reported today that it seized 879,020 dollars, equivalent to 47.6 million pesos, at the Gregorio Luperón International Airport of Puerto Plata, which arrived in several suitcases in the country by general aviation from the Bahamas.

When the passengers passed their luggage through the x-ray machine, members of the General Customs Directorate (DGA), the Specialized Airport and Civil Aviation Security Corps (Cesac), and the National Drug Control Directorate (DNCD), detected a suspicious profile in the luggage of one of the passengers, so they proceeded to the manual check, where the amount of 879,020 U.S. dollars was found.

In a press release, Customs informed that the aircraft in which the money was transported was piloted by two Bahamians, in which there were five passengers: a Haitian woman and four Bahamian men, who, upon arrival at the airport, were detained and taken by the security teams to be brought to justice.

DGA authorities counted the money in the presence of the Public Prosecutor’s Office, said Customs.

This happened on August 9, 2022, so why is it being repeated again today?? Are you really so short of current news or is someone asleep on the job?

Did ya ever think that maybe they are short on staff and things are being reviewed late?

Never ceases to amaze me that people try to bring in huge amounts of money in a suitcase. Like they’ve never heard of an x-ray machine before.