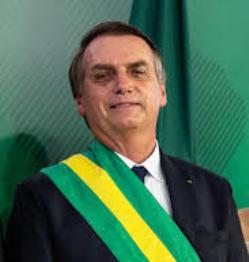 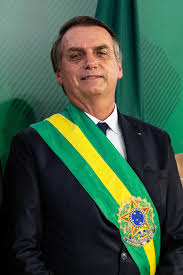 He has expressed strongly held views on Venezuela and Cuba, wants to weaken the climate change accord, has said that he will seek a reduction in Chinese influence though investment, and makes clear that he sees Brazil as Washington’s principal strategic partner in the Americas.

His recent talks with the US Secretary of State, Mike Pompeo and John Bolton, the US National Security Adviser, pave the way for an early invitation to a meeting with President Trump at the White House.

In an indication of where this may lead, a US State Department media briefing just before Mr Pompeo and President Bolsonaro met on January 2 in Brasilia said that they would discuss “efforts to defend and promote democracy and human rights in Venezuela, Nicaragua, and Cuba”.

At that time the senior State Department official who spoke on the basis of anonymity said that “the United States intends to work with Brazil to support the people in these countries who are struggling to live in freedom against these repressive regimes” and noted that the exchanges would focus on “China and China’s predatory trade and lending practices”.

The implication is that new north-south ideological alliances are about to be encouraged by Washington, requiring the Caribbean and all other states in the Americas to indicate where they stand.

Although yet to be spelt out, it is likely that the Trump Administration will seek to create coalitions of the willing under an ‘America First’ umbrella.

This may seek to isolate Venezuela and discourage investment in Cuba; level the playing field for trade for US goods and services; establish a bigger role for sanctions; curtail support for countries that repeatedly vote against or take actions counter to US interests; and see policies developed that try to offset China’s now substantial engagement in the Americas.

These are developments that beg the question as to how a far from unified Caribbean should respond, not least because an equally rapid change is coming in the political environment in Europe.

In March 2019 the UK Government will if its Parliament agrees begin a two-year process of detaching Britain from the European Union (EU). If it does so the UK and CARIFORUM will agree trade access equivalent to that granted under the EU-CARIFORUM Economic Partnership Agreement. However, the region will lose its supportive voice in EU decision making just as the political centre gravity in the EU 27 is changing.

In most European states, far right and populist groups have been making substantial headway.

Marginalised voters, angry with establishment politics and elites and concerned about migration, have elected increasing numbers of populists and nationalists. This has resulted in the rise of parties and governments prepared to challenge EU values, encourage xenophobia, and allow racism to re-enter the main stream of European politics.  This is happening as the influence of the leaders of France and Germany, Europe’s principal liberal integrationists, is waning, and Eurosceptic Prime Ministers in Italy, Austria and the post-communist states have begun to challenge EU orthodoxy on issues that range from judicial independence and migration to Eurozone budgetary constraints.

This implications of this will become clear in late May when voters in the EU27 elect 705 members to the European Parliament. Most polls suggest that a large loosely aligned co-operative of radical right-wing parties could emerge to challenge the current liberal status quo that has existed for more than twenty years between the centre left and centre right when it comes to Europe’s direction and values.

Whether nationalists and populists have enough in common to sustain any long-term political alliance for long is unclear, but their expected numbers in the Parliament will likely advance EU reform and certainly influence future thinking about the budget, international agreements, and development cooperation.

More immediately, the new Parliament will play a central role in the appointment of a new College of Commissioners, the senior political figures who direct the European Commission, the bureaucracy, which delivers EU policy and regulations. They will also influence the  appointment of the Presidency of the Council, the choice of the next EU High Representative (Foreign Minister), and other positions due to change this year .

Whether the Caribbean can maintain a semblance of foreign policy coherence in the face of change in the Hemisphere and in Europe is far from certain. The region is divided over Venezuela and sanctions, without exception desires the full normalisation of relations with Cuba and is unlikely to achieve a consensus on the significance of China’s future role for as long as some nations continue recognise Taiwan.

The implication is that external pressures may cause further inter-regional fragmentation and that nations will be faced with the unwelcome dilemma of choosing between friends. It suggests also that over time the region may have to consider new forms of non-alignment, perhaps within the ACP or some other grouping, or alternatively may simply gamble that by doing very little it can wait it out until January 2021 in the hope there will be a new incumbent in the White House.

In the absence of a unified foreign policy response this complex outlook reinforces the urgency of undertaking and implementing rapidly the steps Heads of Government agreed to in December: that is,  to deliver many of the missing components of the Caribbean Single Market and Economy in order to create greater regional economic coherence and unity.

2019 has the makings of a year in which international relations will require skill and leadership if the Caribbean is to retain its integrity. If progress is not made in consolidating regional integration, individual nations could well find themselves suborned by the rapidly changing policies and priorities of others