Gather round the hemp fire: but the fire won’t burn the hemp houses down, that’s for sure 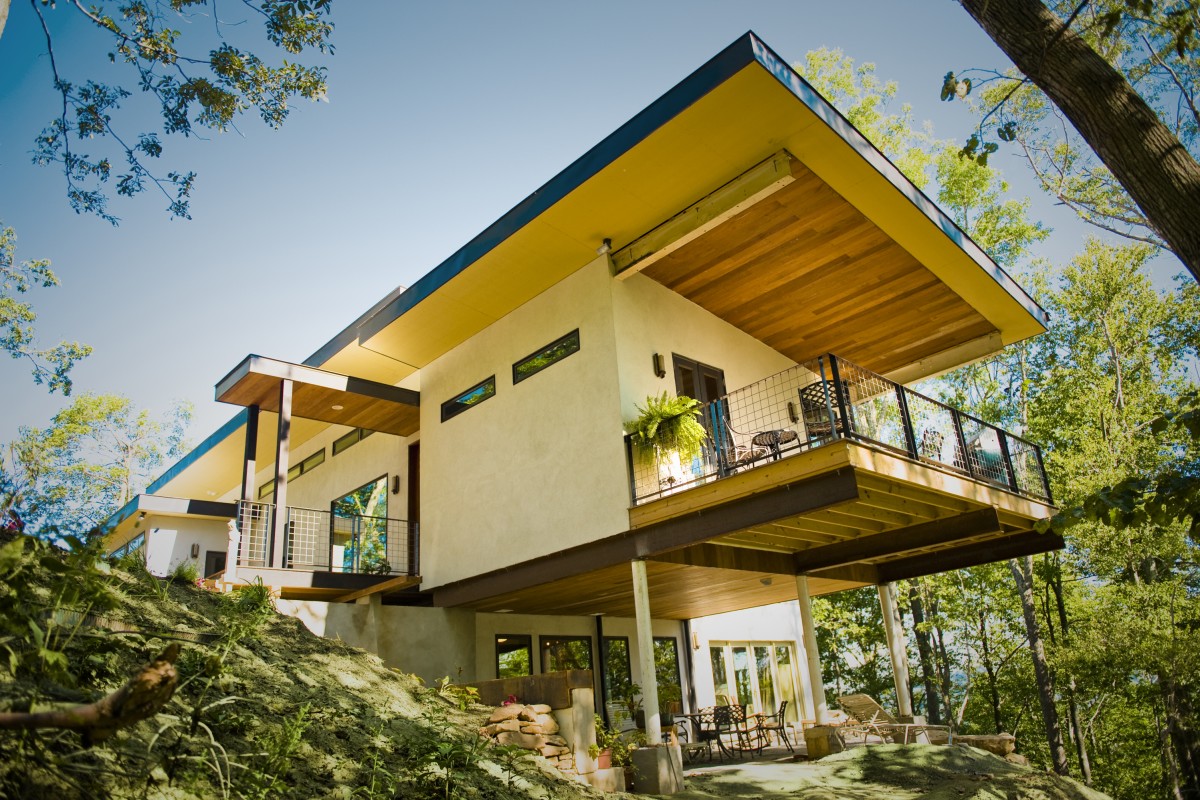 Using a product known as Hemcrete – a mix of industrial hemp, lime and water – a team of 40 volunteers, sub-contractors and designers have recently completed construction of a hemp house located in Asheville, North Carolina (NC). Eco-friendly design and construction company Push Design has gained the support of community members and local officials alike and now plans to build more.

In conversations with Gregory Ricker

Isn’t it amazing that if you build a house from hemp, and there’s a fire, the house won’t burn? Not to go too far out on a limb here, but if I was a governor/president/decision-maker for humanity and lived in an area prone to fires, I may implement an incentive to build with hemp-based products.

Saving the trees would just make sound ecological sense in a world with far too little of it. What an excellent idea, and it is encouraging to see legislation around the world that is seeking that same incentive. Furthermore, it may pass before one’s clothes go out of style (except bellbottoms).

The good news is that Congress is becoming increasingly receptive and seeing firsthand the positive impacts of hemp on the economy and society. Various interviews with congressional members show that inquiries are being made to become better educated on the subject matter. At least the Spanish name “cañamo” is being appropriately used amongst lawmakers. It’s a start.

Speaking with Gregory Ricker, founder and CEO of Caribbean Hemp Company, a conversation evolved about the endless bureaucracy and red tape that surrounded the progress in the passing of legislation in the Dominican Republic.

He shared that though it’s improving, it’s still slow going. “The two words ‘I would’ are great words,” Ricker reflects. “I just asked ten Dominican hombres who were sitting around with nothing to do—no jobs, if they would like to work on a hemp farm if we get it legalized, and they all said, ‘I would.'”

And there you have it. Hopefully, the pace of legislation will quicken.  Ricker further notes, “If you meet with one apparent decision-maker, don’t be fooled: you only have 20 more meetings to go, and then you’re referred to another department. Not to be critical, but it is an urgent situation. People are starving, and they can’t get the help that is needed.

Everyone is aware that leaders can’t be all things to all people, but a simple analysis should point them in the right direction, and the most challenging road is often the best road. That means fighting the good fight, educating the people on a seemingly unpopular issue, and championing it.

In our company, Caribbean Hemp Co, we know which nations are about ready to move forward with the legalization of growing and processing hemp. It truly is a shame that Congress members in the DR think it won’t pass for 15 years. They probably won’t be re-elected when the public learns of the “asleep at the wheel” representation they have been getting.

It’s a simple solution, and if it weren’t for government interference, hemp farms would be all over the DR, and people would be enjoying a much better life.”

Hemp ended up on a taboo list by accident in 1961. To begin with, it never belonged on that list, and millions worldwide lost the multitude of benefits of what is quite possibly the most significant crop ever put on the earth simply due to sheer ignorance.

It’s time for such ignorance to end. Hemp associations worldwide have joined forces and spoken out: industrial hemp is an agricultural product, not a drug.

If you have any doubts, do some reading on the subject. You may find it extremely difficult to find any sound reasons against the universal legalization of the cultivation of industrial hemp.

In reply to one reader’s recent comments: Thanks for the opportunity to make this clear, Dominican Today has no financial interest in hemp whatsoever. But the facts are that an ever-growing roster of major nations is increasingly legalizing hemp cultivation and reaping the vast benefits.
And the Caribbean islands are counted amongst them.
With perhaps the best presidential administration the country has ever had in its history, the DR stands to be the biggest hemp cultivation success story of them all. The astronomical economic rewards of such a program would be nothing short of transformative for the betterment of the lives of the Dominican people.

And that should be of interest to everyone.