To fight Hitler: from Dominican village to Dunkirk 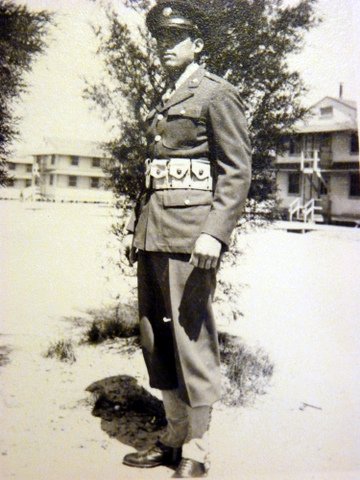 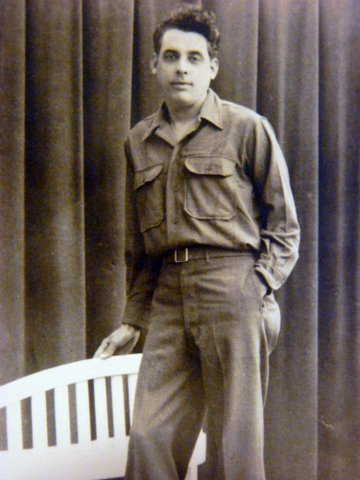 Mr. Ramón Octavio Pineda Pérez (Tavo), was born on September 5, 1910 in Baitoa, Santiago, Dominican Republic. Pineda was the son of José Ramón Pineda (1881–1971) and María Pérez (1883–1953), natives of Baitoa, a small town located south of Santiago city. He was also a descendant of Dominican commander Andrés Pineda and his wife, Josefa Nolasco, natives of Santo Domingo. Mr. Ramón O. Pineda was an American soldier in World War II. His life and service is remembered through the oral history he passed down to his only son, the first author of this article.

Pineda left his Dominican Republic via Santo Domingo by boat, and arrived at San Juan, Puerto Rico on September 9, 1936. From there, he left Puerto Rico and arrived in New York City on September 14, 1936, at the age of 26. He had immigrated to the United States using a student visa.

When World War II (1939–1945) started, Pineda enlisted in the Army National Guard in 1942. Americans were at war with the Axis Powers, which included Germany, Japan, and Italy.

Pineda received 12 weeks of basic training in Fort Lee, Virginia before being shipped out to England for additional basic training in 1943. During the war, Pineda was stationed in the European front. He was assigned to the 28th Infantry Division or “Keystone” Division. The division was commanded by American General Omar Bradley.

From England, he entered France for the invasion of Normandy, also known as the Battle of Normandy, which took place between June 6 and August 30, 1944. Pineda and his division entered through Omaha Beach as part of a second wave of American forces, around June 7, 1944.

Several months after advancing inland, Pineda and his division marched through the Avenue des Champs-Elyse in Paris, France, on August 29, 1944. Pineda and his division then entered Luxembourg and Belgium, and participated in the Battle of the Bulge. They later entered Germany and passed through the cities of Cologne, Frankfurt, and Nuremberg. Pineda ultimately arrived at the village of Pilsen, Czechoslovakia, to help capture a munitions factory. During his service, Pineda obtained the rank of sergeant.

In the end, Sgt. Pineda was honorably discharged from the U.S. military on November 12, 1945, in Fort Dix, New Jersey. He died on March 14, 1991, in New York City at the age of 80. Mr. Pineda was survived by his wife, Elcilda Núñez Franco, and son, Ralph “Tabito” Pineda Núñez.