Bad Bunny, most listened to on Spotify for second consecutive year 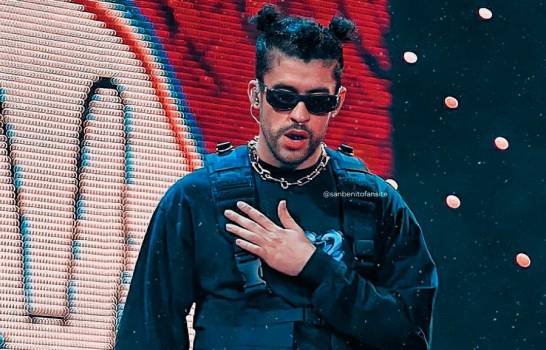 For the second consecutive year, the most listened to artist of the year on Spotify worldwide is Bad Bunny.

In 2020 alone, the Puerto Rican urban exponent had the highest number of plays on the music platform with 8.3 billion worldwide, surpassing Drake and The Weeknd.

This year Bad Bunny occupies this place with more than 9.1 billion plays on Spotify and is the only Latin artist to lead this position in consecutive years.

In this year’s top 5, he is accompanied by Taylor Swift, who is in second place on the list. The singer broke two records on the platform in recent days.

The k-pop band BTS occupies the third position in this list. Drake and Justin Bieber complete the top five most listened artists globally.

The only Latin woman in the top 50 is Karol G; the 48th most listened to artist globally. According to Spotify, the Colombian singer is also the most listened to Latin female artist for the second consecutive year.

Although Bad Bunny was at the top of the charts, none of his songs appeared in this global playlist.

The most played song globally in 2021 was Olivia Rodrigo’s “drivers license,” the single with which the artist debuted in music. The track also broke the record for the most played song on Spotify in one day at the beginning of the year.

The song has accumulated more than 1.1 billion plays on the platform.

The second most played song is Lil Nas X’s “MONTERO (Call Me By Your Name).”