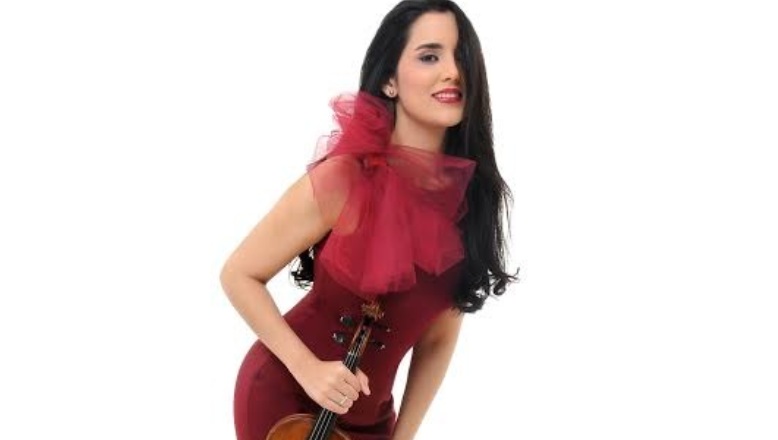 Santo Domingo.-As the beginning of her tour “Latin Heritage World Tour” Dominican classical violinist Aisha Syed made her debut on February 24 at the iconic Kennedy Center in Washington DC in the United States, where she played to a full house and sold out tickets for more than a week before the concert.