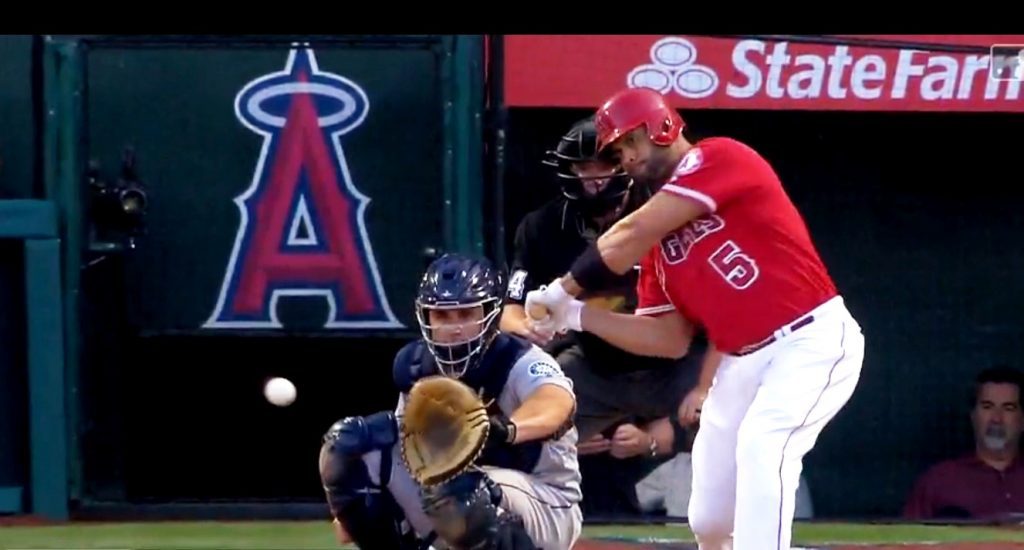 Pujols hit a two-run homer in the first inning and a solo shot in the sixth.

With two home runs and three hits total, Pujols passed Rod Carew and pulled even with Rickey Henderson on one all-time list and tied Ken Griffey Jr. on another.

It was the 50th game of his Major Leagues career in which Pujols, who went 4-3 with two runs and two RBIs, got more than one consecutive homer along with Justin Upton in the sixth inning.