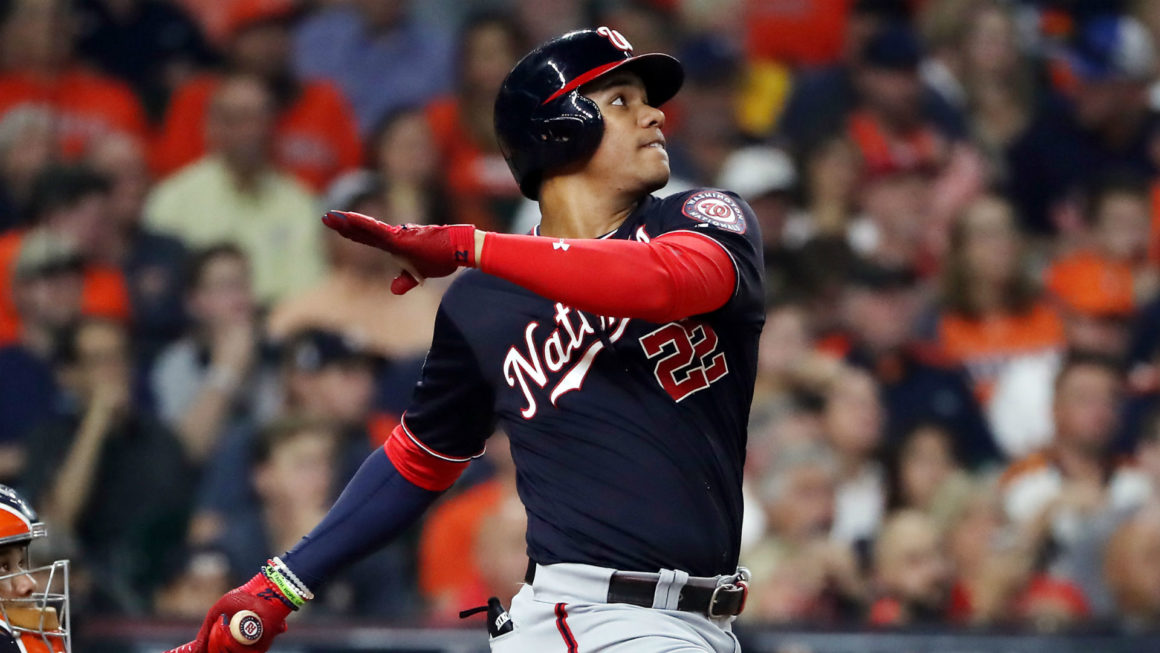 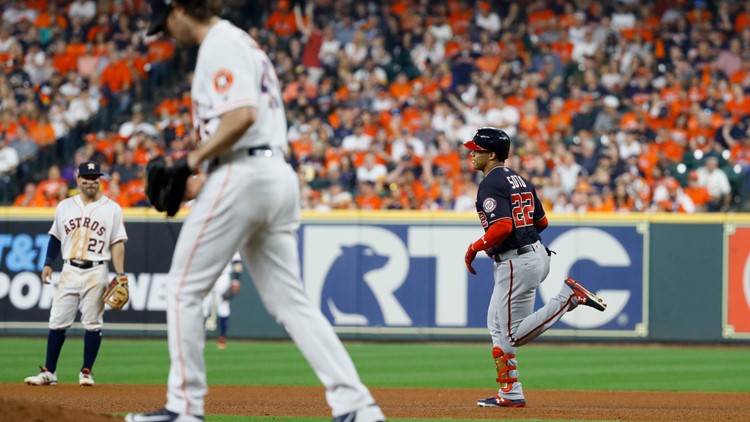 But the Washington Nationals left fielder already has plenty of reasons to celebrate.

Making his World Series debut on Tuesday night, Soto looked anything but too young for baseball’s biggest stage. In what proved to be a 5-4 Nationals win over the Houston Astros, the left-handed hitter recorded a hit in three of his first four at-bats, including a solo home run in the top of the 4th inning, which helped erase what was initially a 2-0 Houston lead.

The Dominican Republic native wasn’t done there, as an inning later he’d hit a 3-RBI double to push Washington’s lead to 5-2. In the eighth inning, he’d add to his impressive stat line with a single off of Will Harris before proceeding to reach second base on a steal. 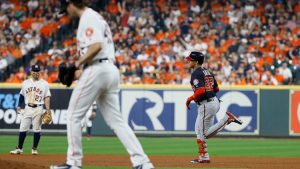 Soto’s final stat line for his World Series debut: 3-for-4, one home run, one double, one steal, three RBIs. In what possesses the potential to be a history-making World Series, the Nationals’ youngest star appears to be on the right track.