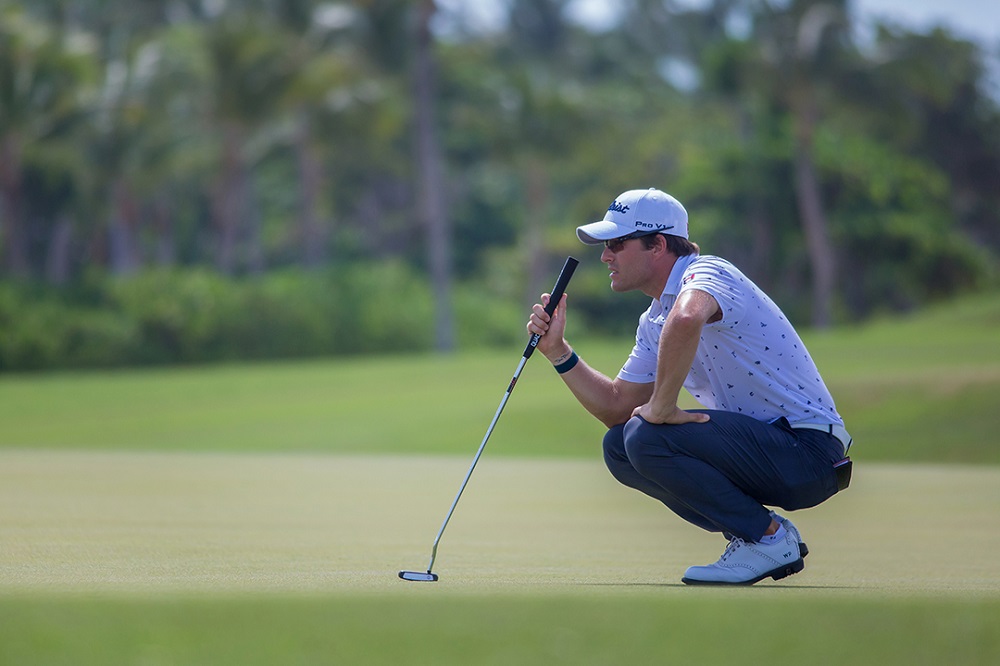 Willy Pumarol, the only Dominican to make the cut.

Punta Cana, La Altagracia- Willy Pumarol is the only Dominican who made the cut during the second round of the Corales Puntacana Resort & Club Championship PGA TOUR Event, with a (-3), going on to play in the rounds on Saturday and Sunday with several of the best players in the golf in the world.

Hudson Swafford held the lead in this second round for the first time in his career on the PGA TOUR at (-12). He made 50 putts in the first two rounds, the best of any player on the field. He also reached: 21/28 fairways, 25/36 greens, 8/11 scramble, and kept the lead in all 36 holes of the two rounds.

The other three positions were the player Sean O’Hair (-10), followed by Luke List and Justin Suh, who also achieved a (-10). These three players remain tied for second place entering the third round of the tournament to be held tomorrow.

In total, of the 143 professionals and an amateur who started this week, 74 PGA golfers will play this weekend TOUR.

Sean O’Hair played without scoring a single bogey, shooting -5 (67), trailing two points behind the leader. Meanwhile, Luke List also played bogey-free to score -7 (65) and thus drop from T29 to T2. Player Justin Suh made his first outing this week in the championship and also managed to play without throwing a -5 bogey (67).

The ambassador of Puntacana Resort & Club, Emiliano Grillo, remained in the position T21 (-6), after the second round of -4 (68). Meanwhile, last year’s champion, Graeme McDowell, failed to make the cut despite posting a -8 (64), a 14-club improvement after scoring 78 yesterday.

Past champions Dominic Bozzelli (T15) and Nate Lashley (T30), past Tour Web.com winners in 2016 and 2017 respectively, made the cut as well.

Players compete for $ 4 million, a million more than last year’s bag, and the highest in the history of Dominican sport, the score for the FedEx Cup was increased to 500, and the winner secures a spot for the Masters in April 2021.

About the Corales golf course

Corales Puntacana Resort & Club, home to the first and only PGA TOUR Event in the Dominican Republic, was designed by world-famous architect Tom Fazio. Opened in 2010, it is located next to the cliffs, bays, natural ocean inlets, inland lakes, and coral quarries of the Caribbean Sea. It has 18 holes, six of them facing the sea, and culminates with its last three holes known as the “devil’s elbow,” which is positioned among the most spectacular and challenging final holes in the world.

With three miles of magnificent white sand beaches and 45 holes of championship golf, Puntacana Resort & Club is home to some of the best beach and golf experiences in the Caribbean. It is easily accessible via the Punta Cana International Airport. The complex has a sober elegance, privacy, and personalized service without equal, making it one of the favorite destinations among international leaders and renowned personalities.