The Queens of the Caribbean win; Rivera and Bethania lead the Dominican Republic over Canada 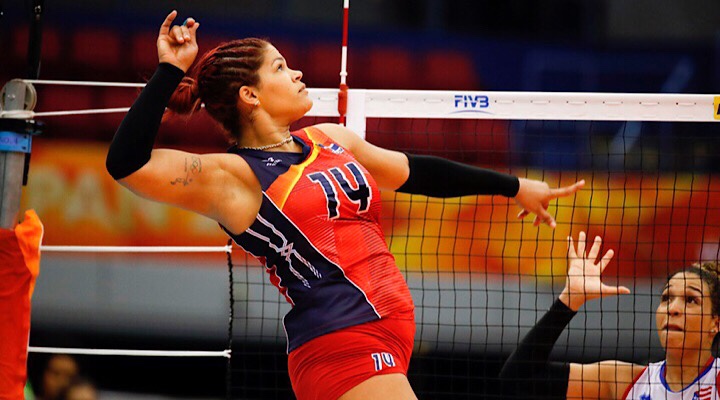 Priscilla Rivera achieved a powerful shot yesterday against Canada where the Dominicans achieved their first triumph in the League of Nations. (External source)

The captain of the team, Prisilla Rivera, accumulated 22 points. Bethania de la Cruz added 21, and the Dominican Republic defeated Canada 3-1 ( 25-17, 26-24, 28-30, 25-16 ) this Thursday, May 27, in a dynamic battle between NORCECA Confederation teams in the FIVB Women’s Volleyball Nations League.

The Dominican sextet will now rest and return to action from the 31st of this month when the Belgium team is measured at 12:00 in the afternoon in Italy (6:00 in the morning Dominican time).

It is the first victory for the Dominican team lost to the United States and Brazil in their first two starts. Canada fell to 0-3.

Gaila González recorded 11 points, including five aces, while Jineiry Martínez and Lisvel Eve contributed 9 and 8, respectively, including three blocks each.