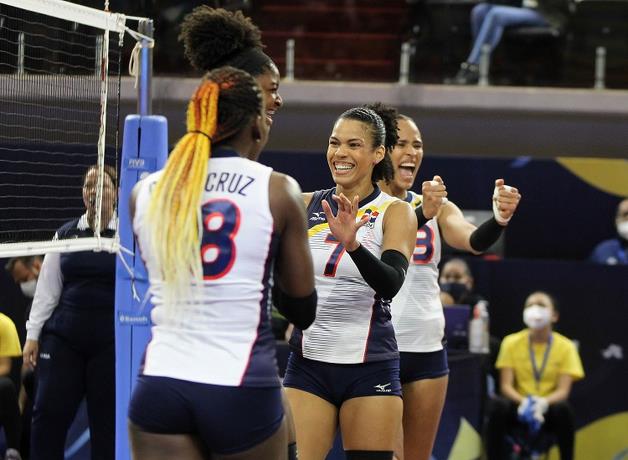 Santo Domingo.- The women’s sextet from the Dominican Republic got their seventh consecutive ticket to a World Championship when on Monday night beat their counterpart from the United States three sets to zero (25-16, 25-18 and 25-20) in the second semifinal, at the NORCECA Continental Championship held here.

Now, the Dominicans, who will seek to defend their champion crown achieved in 2019, will face this Tuesday for the gold medal against the Puerto Rico team, which defeated Canada in the other semifinal.

Puerto Rico also secured its qualification for the World Championship next year.