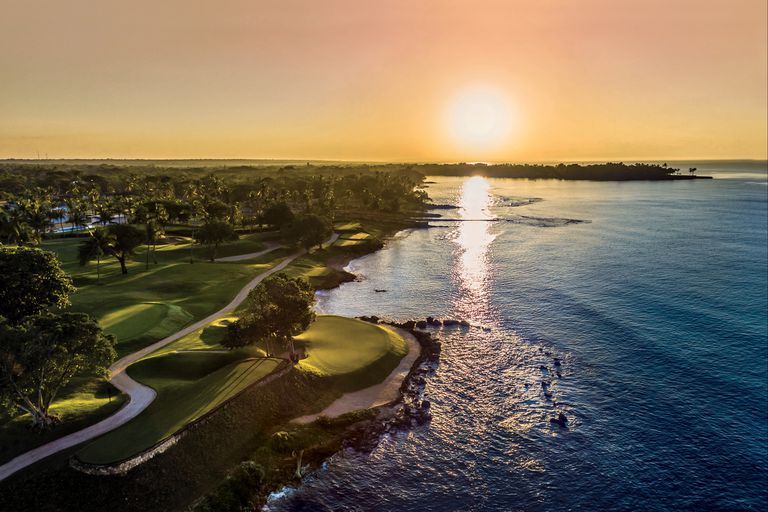 La Romana.- For the third time, the world-renowned Teeth of the Dog track in Casa de Campo will host the championship. Designed by Pete Dye and built in the early 1970s, Teeth of the Dog has seven holes along the Atlantic Ocean and is considered one of the best golf courses in Latin America and the number one design in the Caribbean.

Among the local players that must be considered as a result of the experience and growth of their golf are the following players:

Rhadamés Peña: He is the best Dominican in the WAGR (400th). He was second in the 2021 Caribbean Amateur Championship and has played the PGA TOUR and PGA TOUR Latinoamérica events that were played in his country.
Juan Cayro Delgado: He was the protagonist of the last LAAC played in Casa de Campo after two rounds, where he was the only leader. He finally tied for 15th place.
Julio Alfredo Ríos Brache: Champion of the Caribbean Junior Golf Championship. He was recruited by the University of Houston.
Marcel Olivares, Julio Ríos Brache, Rodrigo Sánchez and Enrique Valverde are also representing the host country.

Founded by the Masters Tournament, The R&A and the USGA, the LAAC was established to further develop amateur golf in South America, Central America, Mexico and the Caribbean. The event annually moves to top courses throughout Latin America and showcases the sport’s rising talent in the region. Notable past competitors include 2018 LAAC champion Joaquin Niemann of Chile and Sebastian Muñoz of Colombia, who have each gone on to earn PGA Tour victories.

The 2023 LAAC champion will receive an invitation to the 2023 Masters Tournament at Augusta National Golf Club and an exemption into The 151st Open at Royal Liverpool. The winner also receives full exemptions into The Amateur Championship, US Amateur Championship, and any other USGA amateur championship for which he is eligible and is exempt from the final stage of qualifying for the 123rd US Open Championship at Los Angeles Country Club. Runner(s)-up will be exempt into the final stages of qualifying for The 151st Open and the 123rd US Open Championship.

Championship organizers made the announcement today during the 2022 LAAC inauguration at Casa de Campo’s Teeth of the Dog in La Romana, Dominican Republic.

This event took place in January 2022.