The most important week of the year: the PGA Tour arrives in the country 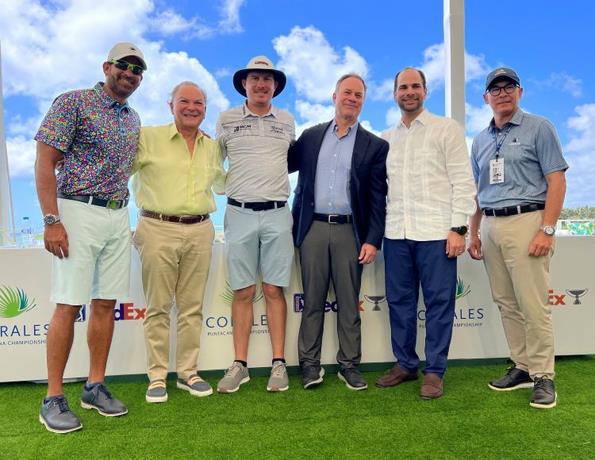 A historic week for the Dominican Republic with the arrival of the PGA Tour to our soil and the celebration of the fifth edition of the Corales Puntacana Championship. Another challenge faced by the Puntacana Group puts the country on the world golf map at the professional level and that we know will bring an unparalleled tourism promotion.

Every year the event gains stature, and the team led by the marketing director of the Puntacana Group, Manuel Sajour, under the watchful eye of Frank Elías Rainieri, President and CEO of the Puntacana Group, once again has the hard work of carrying out another successful championship for the glory and pride of all Dominicans who know the importance of an event of this magnitude.

The talents of hundreds of employees and volunteers come together so that the event continues to tread the path of success and continues its contribution to tourism in the country. Last Tuesday was the press conference in which the details of the tournament were announced, with the presence of Frank Elías Rainieri, the defending champion, Joel Dahmen, and John Norris, Senior VP of Business Affairs of the PGA TOUR Tournaments, as well as Don Frank Rainieri, who recently delegated the functions of president of the group to his son Frank Elías, and who was there for the first time as an audience.

The event will be broadcast live on Golf Channel on Thursday, March 24 and Friday, March 25 from 10:30 am – 1:30 pm, and on Saturday, March 26 and Sunday, March 27 from 2:00 pm – 5:00 pm CDN Deportes will be broadcasting live from the Corales golf course, capturing incidents from the event and, on Sunday, March 27, will be posting the award ceremony live at 5:00 pm Starting today, the curtains will be drawn of the CPC, and on Sunday a new champion will be crowned, who will be applauded by the thousands of fans who are expected to be present at Corales.