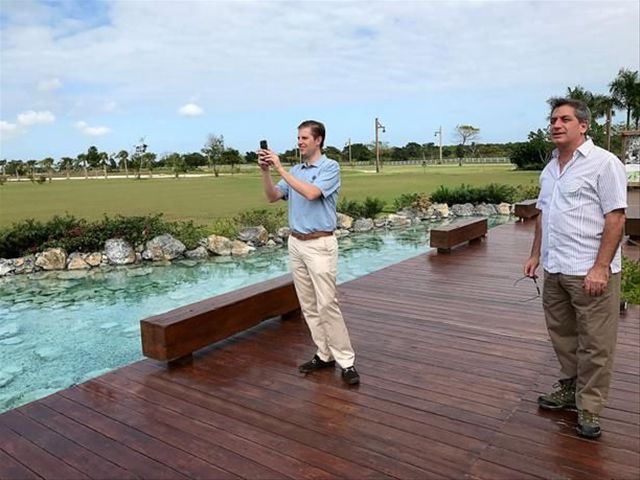 Santo Domingo.- The Cap Cana business group says that during last Thursday’s visit to the tourist destination, Eric Trump, executive vice president of The Trump Organization, was able to see first hand “the property developer’s most recent amenities”. In a press release, Cap Cana says that Eric Trump, son of the recently inaugurated US president, was received by Ricardo Hazoury and Fernando Hazoury, president and vice president of the board, who expressed their satisfaction, saying that “it was excellent to host Eric in Cap Cana once again”.

Cap Cana established a relationship with The Trump Organization in February 2007, exactly one decade ago. “This relationship remains incredibly strong, especially with Eric, who has led the project since its inception”, added the Cap Cana execs.
They stated that “we are enthused about working with The Trump Organization in the future phases of the project”.