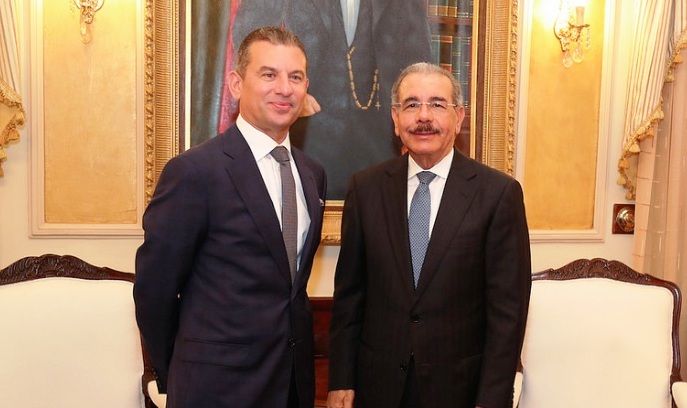 Santo Domingo.- President Danilo Medina on Wed. met in the National Palace with Grupo Karisma Hotels & Resorts president, Rafael Féliz Germán, who announced the construction of a US$300.0 million resort next year.

Féliz said the investment will create 3,000 direct and 5,000 indirect jobs, through new hotels.

He said by the spring of 2018, Karisma Hotels & Resorts will start construction of the Dorado Resort and Sensimar Resort hotels in the Cap Cana (east), with 250 rooms each, together with the Gourmet Inclusive® concept by Karisma as part of a luxury hotel proposal for adults. He said the investment in the two new hotels is around US$130.0 million.

The executive added that starting from the agreement signed in early 2017 with the hospitality brand Margaritaville Holdings, the first luxury resorts Margaritaville All Inclusive by Karisma are being developed, including the first Margaritaville in Punta Cana, whose construction is also planned for 2018.

The investor added that the luxury hotel complex will have about 350 rooms, with a friendly family style and with the true vision of fun, relaxation and the flagship concepts in food and beverages of Karisma and Margaritaville.