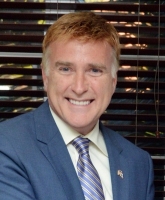 Former ambassador to the United States in the country, Wally Brewster, asked his compatriots to not be afraid of vacationing in the Dominican Republic.

Interviewed on NBC, the diplomat highlighted the levels of security surrounding tourists visiting the Caribbean country.

Brewster also reported that he spoke with officials of the Attorney General’s Office, who informed him that in the coming days they will announce the results of the toxicological tests that were carried out on the bodies of US citizens who died in the country.

It is noted that the results of the autopsies showed that these deaths were natural.