Francisco Javier García: “We will continue to defend the DR tourism industry” 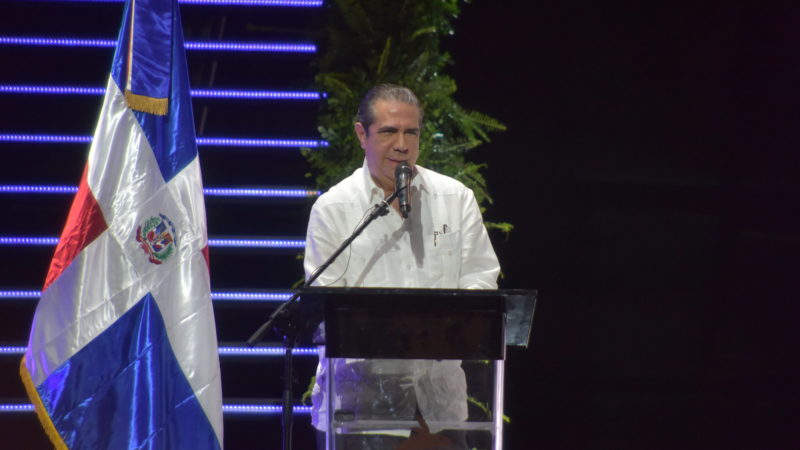 The public and private sectors will continue to defend the national tourism industry, since it has become the backbone of the Dominican economy, generating thousands of jobs and millions of dollars in foreign currency.

This was expressed by the Minister of Tourism, Francisco Javier García, after ensuring that the prestige of the Dominican Republic as a destination is the product of long years of hard work and effort.

The official said that the country has more than 50 years of development of the tourism industry, achieved with hard work, and the result of this effort is that the World Tourism Organization (WTO) lists the Dominican Republic as a benchmark.

He stated that if the Dominican Republic has reached the level of development that it has today, it is because the tourism industry has been based on strong, solid foundations that the only thing that they predict is that it will continue to grow and develop.

The Tourism Minister said that the big hotel companies of the world have taken the decision to build their facilities in the Dominican Republic because of the good investment climate and legal security.

“Foreign businessmen since their first visit to Quisqueya have been enchanted by the warmth of the Dominicans, the beauty of the country, the climate and the warmth of the people and that’s why from the beginning they relied on investing in tourism,” Garcia said.

He revealed that in the Dominican Republic “no country has ever been criticized and when it speaks or intervenes it is to help,” that is why the public and private sectors each have their responsibility and duty to the tourism industry and the common point is to ensure the tranquility, happiness, and safety of tourists, so that when they leave for their home countries they become a witness and promoter of the magic that is in this country.

“In several places in the world, like in our country, hurricane winds appear, sometimes real, invented or created maliciously, but they are like the winds created by nature that pass through the regions, but at the time, they leave behind a cleaner atmosphere, clearer panorama, and hopeful horizon. Thank God the waters have already begun to return to their levels, because in the Dominican Republic we work in the tourism sector as in other productive sectors with the truth and as popular slang says “the tree that bears fruit is one that throws stones,” he emphasized.

New hotel projects. The Minister of Tourism gave these statements at the opening ceremony of the  Hotel Lopesan Costa Bávaro, with the presence of the President of the Republic, Danilo Medina, with an investment of more than US $ 467 million, generating more than 1,500 jobs, which counts in its first stage with 1,042 rooms and will conclude its second stage in 2021 with a total of 1,500 rooms.

Also, the start of the construction of  Pure Salt Orquídea, Luxury Hotels, which will have 253 rooms, generating 500 jobs directly and 700 indirect jobs in its development phase, will be located in Uvero Alto, La Altagracia province.

He said that the hotel industry in the Dominican Republic has decided to start a career with quality, so, the projects that are being built in the country are a true indicator of trends anywhere in the world.