Difficult summer for the Caribbean: DR and Mexico, affected by different evils 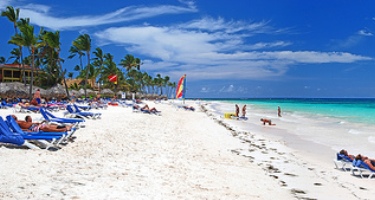 The Caribbean is a destination privileged to attract tourists, however, the summer of 2019 has been somewhat difficult. Mexico and the Dominican Republic have been the most affected countries.

The reasons: different evils, for example: in the case of Mexico there has been a decrease in the arrival of travelers to Quintana Roo during July compared to last year.

Given this decline, the challenge of hoteliers is to prevent the occupation from lowering further, since they would be forced to carry out drastic measures such as the partial closing of hotels and dispensing with a certain number of employees.

The president of the Hotel Association of Cancun and Puerto Morelos, Roberto Cintrón Gómez, had previously reported that the occupation remained 3 percentage points below those registered during the summer of 2018, attributable to both the sargassum and the boom they are having from private homes through Airbnb- type platforms, as Reportur already reported.

This trend, he added, has been a constant in the second half of 2019, in addition, reservations allow them to anticipate that at least during the autumn season from September to the end of November will remain between 3.5 and 4.5 percentage points below what observed a year earlier.

He added that the challenge is to prevent the occupation from going down even more and the low seasons that forced measures such as the partial closure of hotels and the release of a certain number of employees to overcome the lowest months of the year do not return to the Mexican Caribbean.

On the other hand, the Hotel Association of the Riviera Maya said in a statement that in the first half of the year they presented an occupation of 2 percentage points below that registered in 2018, which is the tonic with which the second half of 2019 will continue.

In the Dominican Republic, the situation has been different: several tourist deaths caused an avalanche of misinformation and uncertainty that has resulted in a smear campaign against the destination.

In that context, the tourism scenario has felt a decrease in the arrival of tourists to the nation, specifically from the US market.

Therefore, and to safeguard the reputation of one of the affected hotel chains, Majestic Resorts in Punta Cana closed the Majestic Elegance Punta Cana hotel temporarily, from August 15 to November 7 of 2019.

For now, this is the unique reality that the country is going through. Fortunately, it is reversible. The authorities, the Ministry of Tourism ( Mitur ) and the Association of Hotels and Tourism ( Asonahores), are already laying the groundwork to counteract the aforementioned negative campaign against the destination.