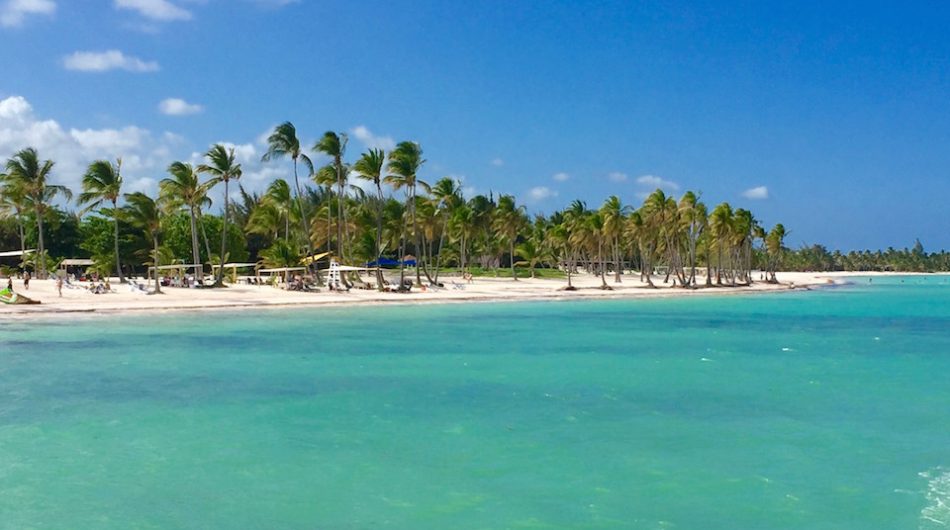 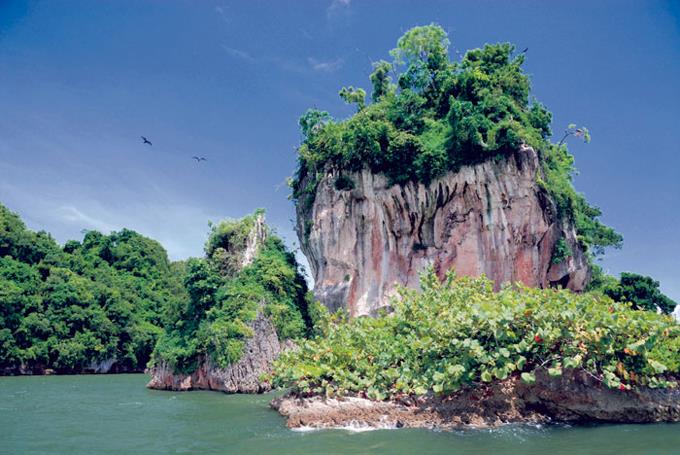 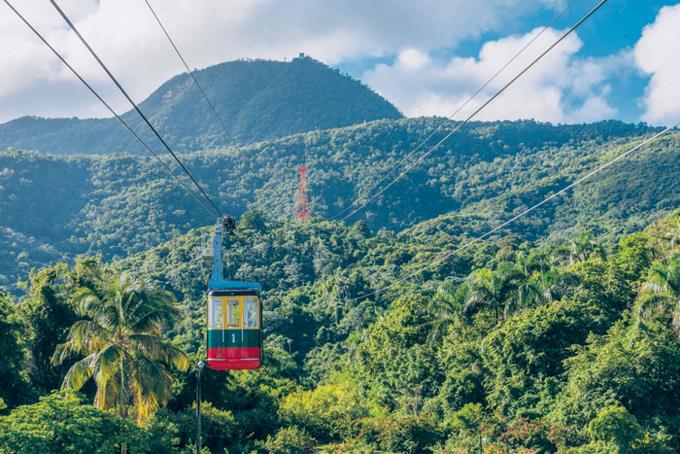 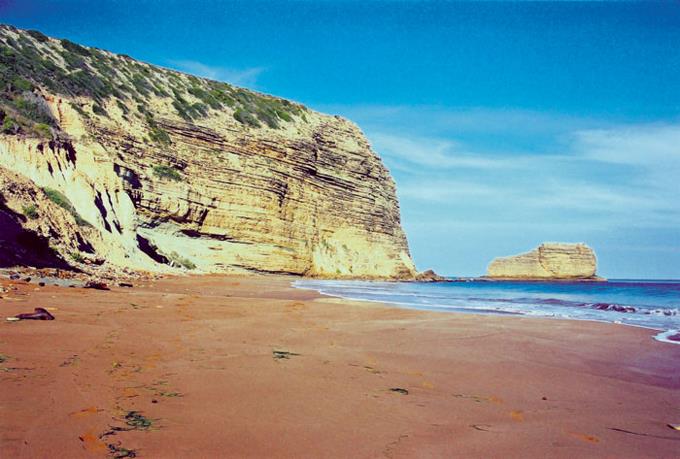 ‘The bucket list’ is a list of wishes that some do, of things we would like to do before we die. The term became fashionable after the film with the same name, in 2007, starring Jack Nicholson and Morgan Freeman. The film is about a list of things to do that two terminally ill patients carry out.

As for tourism, there are those who have their list, and for those who have not done so, this report can help you. We suggest the best tourist attractions in the Dominican Republic, to guide you in your “Bucket List” of adventures that you must live. Keep in mind that this country is more than beautiful beaches and more than Punta Cana. There are countless ecotourism attractions, rivers, mountains, and historical places to know and visit.

Milka Hernández, director of Tourism Promotion at the Ministry of Tourism, points out her top 5 places to visit before she dies: “I begin with the Historic Isabela because in that magical terrain it was where the cross between cultures began, where it all began. I include Pico Duarte, as it is the highest plateau in Las Antillas, Salto de La Jalda and Banco de la Plata.”

El Morro de Montecristi. It is the main attraction of this province. It is said that Christopher Columbus baptized him as Monte de Cristo or Monte Cristi.

Cayo Arena, the Pyramids of Constanza, the historic area of ​​Puerto Plata, the Monument to the Heroes of the Restoration, in Santiago and the Rincon Beach in Samaná, is the Salvador Batista selection. While Juan de Dios Valentín gives his top 5 with: “Bahía de las Águilas, Los Haitises National Park, Playa Bonita in Samaná, Isla Saona and Cabarete in Puerto Plata (ideal for water and adventure sports).” 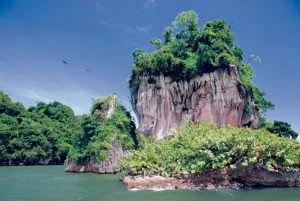 1. Salto de Aguas Blancas, Constanza, has about 83 meters in fall and 1,680 meters above sea level.

2. The Cable Car. The only funicular in the entire Caribbean and the country, located on Isabel de Torres mountain, at the foot of a gigantic statue of the Christ the Redeemer, in Puerto Plata. 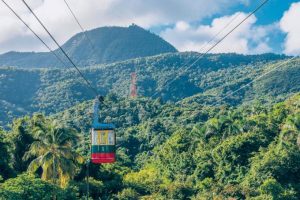 3. Round Mountain, Miches. It is a place that must be on your list so that you have your photo on one of your swings.

4. National Park of Valle Nuevo, Constanza. It is one of the main protected areas of the country. It is excellent for bird watching and mountain hiking.

5. Salto La Jalda. Arriving at this place is a real adventure. So if you love these emotions, you must visit it.

6. Historic Isabela. In the province of Puerto Plata is the National Historical Park La Isabela with a beautiful story to tell.

7. The Jumps of Jima, Bonao. Thanks to its geographical location, it enjoys a pleasant climate and a spectacular landscape and biodiversity.

8. Pico Duarte. One of the dreams of any Dominican and that could well head many ‘Bucket list’ of the adventurers.

9. Fun Fun Cave. It is located within the Rancho Capote, in Hato Mayor, with great tourist proposals.

10. Enriquillo Lake – Cabritos Island. Almost all of us have visited it on some school tours, or at least we have passed by. It is the largest lake and the lowest point in the entire Caribbean.

11. Rincon Beach, Samana. If you are looking for tranquility, this is the ideal beach. It is considered one of the 10 best beaches in the Caribbean.

12. The Dunes of Baní. Declared in 1996 as a protected area, for its biodiversity in flora and fauna. It is considered the largest dune system in the Caribbean. 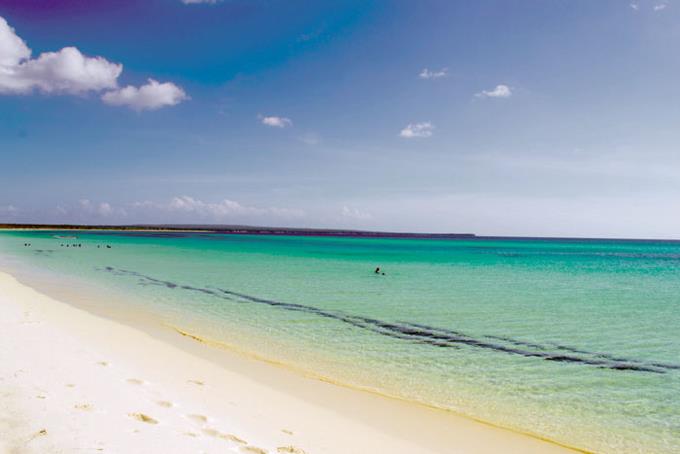 Bay of the Eagles, Pedernales. Considered by many to be the most beautiful Dominican beach, for the transparency of the water and white sands. It is a virgin, uncontaminated beach, which contributes to its beauty. With a visit, you will want to repeat! ISTOCK

13. Playa Bonita. It is one of the most beautiful in the Samana Peninsula and the country.

14. Los Tres Ojos National Park. It is one of the most interesting attractions of the city.

15. Cayo Levantado. It is a small island in the Samana Peninsula with turquoise waters.

16. Lemon Leap, Samana. It has a beautiful natural pool below, with impressive waterfalls.

17. Socoa jump. It is in Monteplata and is ideal to enjoy with family or with a group of friends.

18. Damajagua Falls. It is the biggest adventure attraction of Puerto Plata. There are 27 small waterfalls and puddles.

20. Sanctuary of Humpback Whales, Samaná. They visit the place from the seas of Iceland, Greenland, Canada, and North America.

22. Rodeo jump, Bonao. It is considered as one of the biggest tourist attractions in the world.

23. Puddles of the military, Tubagua, Puerto Plata. A real treasure after the long road to go.

24. Playa Grande. Located between Río San Juan and Cabrera, it is the longest beach on the entire north coast.

26. The caves of Pomier, San Cristobal. It is made up of 55 caves divided into different rooms.

27. Mata de Maíz Spa, Barahona. A place that is fashionable with turquoise and temperate waters.

28. Laguna Rincon or Cabral. It is the largest freshwater wetland in the country.

30. Sajoma. This is the acronym of the municipality San José de las Matas, in Santiago de los Caballeros, and is very fashionable.

31. Jumps of the Savannah. It has seven impressive waterfalls that run along the Sabana River.

1. Catalina Island It is a refuge of biodiversity and also, owner of impressive beauty. Located south of La Romana.

2. Saona Island Located off the coast of La Romana, it has been used many times by filmmakers and publicists looking for a “desert island”.

5. Cabo Francés Viejo It is a small natural monument with an immense tourist proposal with beaches, cliffs, inlets, species of birds and flowers.