“Rescue our paradise,” plan to stop prostitution in Sosúa 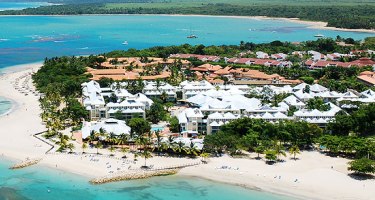 The institutions covered by the Puerto Plata Destination Tourism Cluster ( CTDPP ) express their unrestricted support for the actions that are being carried out in the tourist municipality of Sosúa as part of the “Rescuemos Nuestro Paraíso” (Rescue Our Paradise) plan, which seeks to confront the illicit business of prostitution and pimping, to recover the family-oriented tourism that characterized this community for decades. 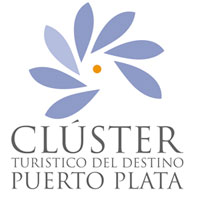 “From the Cluster organization we support the measures suggested and implemented by the Office of the Attorney General of the Republic , the Pro-Active Committee of Sosúa, the Economic and Social Council of this municipality, integrated by the City Council, Ministry of Tourism ( Mitur ), the Council of Councilors, businessmen, representatives of churches, civil society, military organizations, the National Police, the Specialized Tourist Security Corps ( Cestur ) and the Puerto Plata Air Base, understanding that they seek to recover the pride and dignity of this community—one that has all the necessary elements to enhance its harmonious cultural, historical and family profile,” adds the agency in a statement.

“We understand that the actions carried out by the competent authorities, under the strictest adherence to the Constitution and laws, while representing an important step towards the eradication of this scourge that has tarnished the good image of Sosúa, without a doubt come to reinforce the will and struggle of men and women who, with honest work, forge a better future for this destination,” the group asserts.

“We reaffirm our institutional support and trust that the efforts that are now being carried out will be continuous and sustainable over time until this unique paradise on the North Coast of the Dominican Republic is rescued,” concludes the CTDPP authorities.

In that same order, the main associations of Sosúa have shown their support for the actions that will be implemented to control prostitution in the multi-faceted tourist destination of the North.

This is the Sustainable Development Association of Sosúa ( ADSS ) and the Association of Hotels and Restaurants of Sosúa and Cabarete ( Ashoresoca ), who have expressed their support for the actions recently initiated by the authorities to control the disorder in the main streets of the Batey de Sosúa sector.

Being one of the main family tourist destinations in the country, in recent years Sosúa has become a sex tourism destination, due to the uncontrolled growth of prostitution in the center of this attractive municipality on the north coast of the country. This situation has alienated family tourism, both national and foreign, causing the closure of numerous hotels and restaurants, with the resulting unemployment and decline in the area, the statement said.

It is notable that, as part of the process of settlement and ordination of the municipality, last week the Attorney General’s Office, assisted by members of the National Police and the Cestur, ordered the closure of several bars on Pedro Clisante street in the sector of El Batey, in Sosúa, applying the resolution of land use issued by the Chapter Hall of the City Council.

The measures have deserved the approval of the great majority of the population, as well as of the companies grouped in the ADSS and ASHORESOCA, main motivators of positive actions for the improvement of the municipality of Sosúa, as well as the different sectors that make up the Economic Council and Social of the Municipality of Sosúa ( CESMS ).

Humberto Pichardo, director of ASHORESOCA, indicated that the actions that the authorities are carrying out with the purpose of ordering and cleaning up the destiny of Sosúa are very positive, “so that our municipality returns to be, as in previous years, a cultural, gastronomic and cultural destination. Above all, familiar. This has been a crying claim, for years, of all entrepreneurs and the community in general,” emphasized Pichardo.

On his side, Andrés Gustavo Pastoriza, president of ADSS, thanked the authorities for having made the decision to implement the actions.

“Only with the decided and coordinated support of all the institutions will it be possible to reposition Sosúa. We hope that these efforts will continue until the desired goals of cleaning up El Batey are achieved, to attract family tourism back to Sosúa. Let’s rescue our paradise! ”