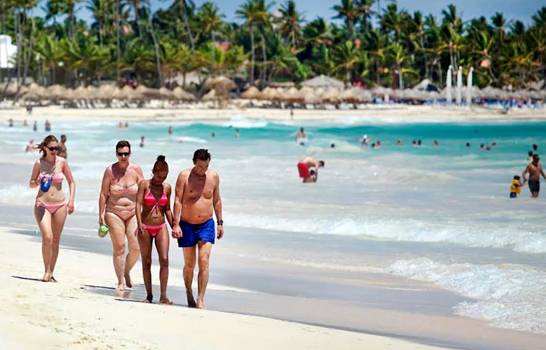 Tourism provides work directly and indirectly to 336,480 people in the Dominican Republic.

Uncertainty knocks on the doors of dozens of companies and at least 336,480 workers, with only one unwanted visitor in sight: the coronavirus, which has turned tourism in the Dominican Republic, until several weeks ago, the locomotive of the national economy – into a sector without certainty.

The economic impact and the confinement suffered by a significant part of the world population, due to the COVID-19 pandemic, is already being felt in local hotels and in the main activities that are supported by tourists who come from abroad.

From employees of tour operators, land and water excursion companies and tourist transport, they experience the same problem: the uncertainty of not knowing when the virus pandemic will end and they can return to their jobs.

“We don’t know when it will improve. Most hotels have closed for three months, but we do not know if they will open during that time. A very big crisis is coming for everyone here in the (eastern) tourist area. We are all in the same boat,” projects Albania Martínez Miller, vice president of the Association of Aquatic Companies, notes.

Martínez Miller assures that the closure of the aquatic companies caused 1,225 people to be out of work. He foresees that not all the companies in the sector he represents will survive the current crisis.

“It didn’t go well for us last year and coming to this situation now. We have been dragging since August 2019 the problem that happened (the death of tourists in some destinations), we have not had a profit since that month because the hotels have not had a high occupancy,” he regrets.

He says he does not know when they can return to work again while adding that it will take time for the tourism sector to recover.

Transportation slows down
Concern for its employees and businesses is also suffered by the transport sector. The president of the Dominican Association of Tourist Transport (Adotratur), Tusides Santana, classifies the situation as “very serious” and reveals that nearly 3,000 employees and the same number of units have been paralyzed since March 19.

He says he is concerned about the employment of drivers, washers and office staff because he has nothing to promise them, beyond the Solidarity Assistance Fund for the Employee (FASE), which seeks to ensure the employment, income, and food of families during the emergency period for COVID-19, promised by the Government.

The debacle of a sector that was until weeks ago, one of the pillars of the national economy, which contributed RD $ 10,986.5 million to the treasury in 2019, takes with it the tour operators. “It’s a disaster. We are talking about 37 companies between tour operators and suppliers that we associate to see what we can do together,” acknowledges Manuel Muñoz, president of the Association of Receptive Tour Operators, on the impact on the coronavirus sector. It indicates that most of the companies in the eastern region have canceled almost 85% of the personnel. Muñoz maintains that in his case, the non-essential personnel will stop, and he will liquidate it with the promise that when the arrival of tourists begins to flow, he will call them.