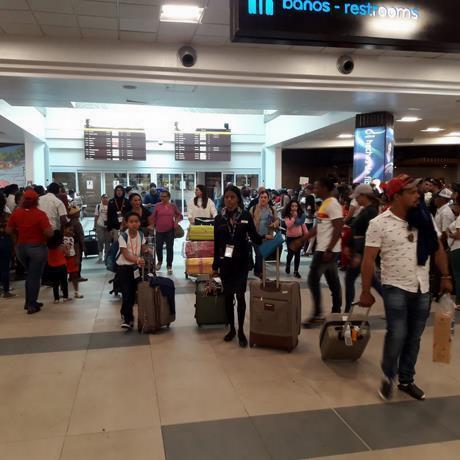 Some 50 commercial passenger flights to and from the United States have been scheduled at the Gregorio Luperon International Airport, in Puerto Plata, for July.

Luis López, director of Corporate Communication of the company Aeropuertos Dominicanos XXI (Aerodom) stated that from July 4 to 31, the Flight Operations Department of the referred terminal has scheduled the operation of 50 commercial passenger flights.

López pointed out that the flights will be operated by American Airlines and JetBlue airlines to the cities of Miami, Florida, New York, and others in North America.

It is recalled that airports were closed and flight operations suspended more than three months ago by the Dominican government, in response to a recommendation by the Ministry of Public Health, with the aim of stopping the advance of the coronavirus (Covid-19) in the country.

The Gregorio Luperón terminal in Puerto Plata regularly receives dozens of operations and thousands of passengers, mostly travelers of different nationalities who come to the Dominican Republic as tourists to different destinations in the country.

“Right now the terminal is in optimal operational conditions, ready to receive thousands of foreign visitors, with all the sanitary protocol measures required by national and international authorities to prevent contagion with Covid-19,” said the Aerodom executive.

He also added that the protocol requires passengers to faithfully comply with sanitary measures by wearing masks, gloves, and disinfecting their hands upon arrival and departure from the airport.

The official stressed that Aerodom has invested about 25 million pesos in readjusting and sanitizing the airports operated by that company to function in a time of the pandemic.