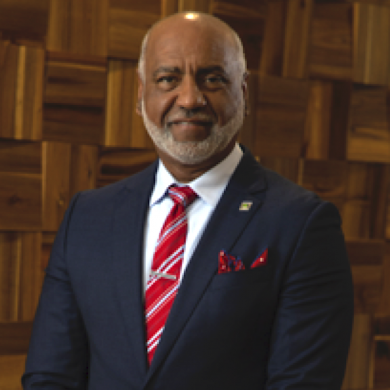 Rafael Alberto Smith, director of operations of the Punta Cana International Airport, indicated that after the reopening of the skies and the aero-commercial operations in the country, the terminal is embarking on a process of increasing flights and digitization to facilitate the passage of passengers after the Covid-19 crisis.

In this sense, he explained that once the opening of the airport was announced, the interest of airlines in operating has increased.

“On Wednesday, the first day of operation, 3 flights were received, on Thursday 3 flights and gradually we will incorporate more. The first week we had 22 flights, in the second we will have 64 and the third from 75 to 77 flights and the fifth 77 more,” he detailed.

He indicated that so far most flights are from the United States, so American Airline began operations on July 7 from Miami, while Canada is expected to open its borders on 18 to receive Air Canada flights and on 27 July Air transat from Switzerland.

He continued, “Air Europa Evelop and Wamos have scheduled flights to the terminal, but I don’t think they will take place until August and Air France in September.”

As for Russia and Germany, they are waiting for the reopening of the markets.

“Copa and the countries of South America have a break right now and no reaction is expected from those markets until October or November of this 2020,” added Smith during a virtual meeting with The Mag Puntacana.

He stated that in the first three flights 248 passengers were received between Dominicans and tourists and that the projection in passenger occupancy for the month is 80 to 90 passengers per flight, expecting upward behavior.

He indicated that so far they are only using terminal A for operations. “We use Terminal A because it is more open, with the highest ceilings and as operations increase, we will have to move to Terminal B, although we estimate that until winter we will not use Terminal B.”

In addition, he said that for operations “we are only working with the minimum personnel necessary for the operations that we have scheduled in terminal A in the month of July, specifically 20%, and the reintegration process will gradually be carried out.”

Smith explained that strategic planning is underway to convert the airport into a technologically intelligent terminal. 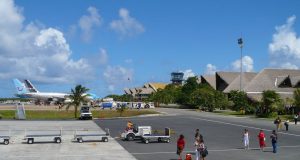 “We are working on a plan that in 4 to 5 years the airport would be fully intelligent, but the pandemic has made us move the project forward and it is expected to be completed in approximately one year,” he said.

He explained that “We had started the process, we had it at 30% and by the end of the year we will have a pilot plan and if everything works for next year we will be applying it at the terminal.”

In addition, he added that, with the new technology, “The passenger practically does not have to deal with anyone, they will be able to do everything through facial recognition that is the world trend and at the same time a guarantee of reliable and invariable security such as biometrics.”

The director of operations at the Punta Cana airport cleared doubts about the migration form that must be completed at the terminal, so he said that they have been working hand in hand with the Dominican State, the specialized Aviation and Airport Security Corps Civil ( CESAC), the General Directorate of Customs ( DGA ) and the General Directorate of Migration ( DGM ), in the design of an electronic document where the passenger from their country of origin will be able to fill out the migration, customs, and new health so that when you arrive in the Dominican Republic you will not have the need to do it physically.

“The platform will be out in the next few days, as filling out a physical form will minimize physical contact and the use of paper on the physical form. We provide the platform and the cost because it will not only be at the Punta Cana terminal. The translations have been made in the necessary languages ​​and it will be officialized for the departure and arrival of the type A system,” he explained.

He indicated that “this is the ideal time for the government to approve the pre-check of passengers at the airport to give the strong message that the country is ready for the American market to return to the country and Punta Cana. The government’s support is needed because when we have it it will be a before and after in the terminal and in the country,” he emphasized.

He indicated that the reason for the late approval is due to an interpretative clause that makes it stagnant in the Constitutional Court. “It is not necessary to modify, it is somewhat interpretative and it is more than proven that it does not affect your consent.”

“It is beneficial for everyone because the US state trusts the country and with it added value is given to the destination of Punta Cana and to the country in general. I understood that it should have been approved in the past with death cases and now Covid-19 gives another “opportunity” to be approved once and for all, and I am confident that it will be so so that next year it can be implemented,” Smith said.