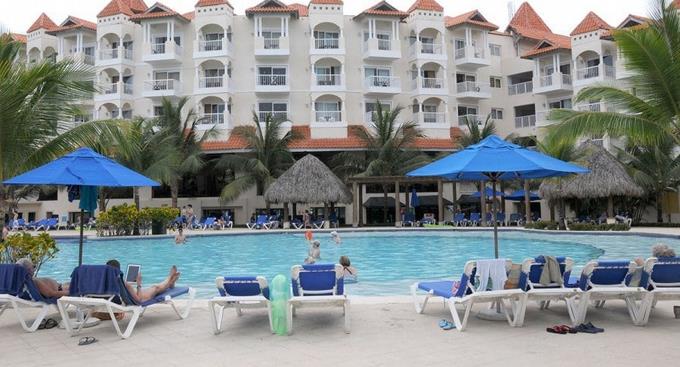 Hotels will reopen tomorrow, October 1, even if it is less than 60% of their rooms. ARCHIVE

Tomorrow, Thursday, October 1, the Dominican Republic begins a decisive bet with the reopening of most hotel chains. The Minister of Tourism, David Collado, defines this strategy as a “great effort” by hoteliers, who must operate with more than 70% of their staff.

Paola Rainieri, president of the Association of Hotels and Tourism of the Dominican Republic (Asonahores), in a recent conversation with Listín Diario, had pointed out that no hotel could operate with less than 75% of its workers, so tomorrow hope is also reborn in collaborators in the tourism sector.

Rainieri is one of the authorities described as an “enormous effort” by all the sectors involved to relaunch tourism during the coronavirus pandemic.

This Thursday, the opportunities are growing, again, for restaurants near hotels, for vendors in the surroundings, for hikers and travel agents and tour operators.

In October, 50 hotels will reopen their doors, according to confirmations from Asonahores to this medium. The objective of this responsible reopening plan is to recover the sector little by little without reversing it because if this bet does not work, according to Collado, 150,000 jobs could be lost, and the country would continue to stop receiving foreign currency by about US $ 2.5 billion.

How have you prepared?

For October 1 to try to resume the course of the tourism industry, which, before the pandemic, contributed 15% of GDP, the authorities have had to carry out a series of alliances, initiatives, and strategies with which they hope to give security to local and international tourists.

On August 25, President Luis Abinader announced together with Collado the Plan for the Responsible Recovery of Tourism against COVID-19, which began on Tuesday, September 15, the day on which all airports in the country should have the thermal cameras installed and would no longer request the PCR test from tourists, but instead would perform random breath tests on passengers.

This plan also includes medical insurance for tourists who, in case of contracting the virus in the country, would receive their medical assistance and medications from the State and the change of flights in case of any eventuality.

The investment of this plan in promotion and financing will be US $ 28 million (about RD $ 1,612.7 million), said Abinader.

The Tourism Minister values ​​this plan together with hoteliers because medical insurance places the Dominican Republic at a competitive advantage over Mexico and Jamaica.

Since September 1, the Government had provided about RD $ 420 million for incentives to the sector with an investment program. On Wednesday, September 9, the Ministry of Tourism and the national private sector created a trust of US $ 4 million for the management of crises in the industry in the international arena, to know how to respond in time to a moment of reputational risk. For this, a tender will be made with a foreign crisis agency with years of experience. Two weeks later, on Wednesday, September 23, another strategy was announced to boost the sector, one of the hardest hit by the pandemic. This day was reported on the incentive of internal tourism, which began its first phase on September 28.

The local tourism plan seeks that Dominican families have rates almost at cost to visit world-class hotels in the country for three days and two nights. The chains that are available, so far, with discounts ranging from 20 to 50%, are Riu, Meliá, Bahía Príncipe, Viva, Be Live, Barceló and Hard Rock, and Casa de Campo. In total, 19 hotels are supporting this initiative.

The mission of this plan is that a family can assume with RD $ 1,500 per month, financing without interest for 12 months and that they can visit one of the hotel complexes in the country. The interest rates would be assumed by the banks and the value chain of the national tourism industry.

Many hotels will reopen tomorrow, October 1, even if it is less than 60% of their rooms so that tourists know that it is open and ready to receive them.

“The Dominican Republic is applying the protocols, and that tourism is not a luxury, but a necessary industry for the development of the economy,” as David Collado has admitted.