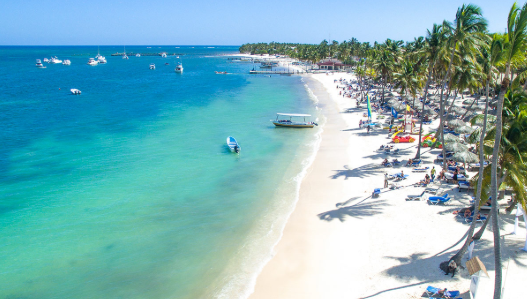 The Minister of Tourism, David Collado, announced last Tuesday that in the first 25 days of this month Punta Cana had received 21,486 foreign tourists.

He said that the figure is 10,291 higher than those of September in the same period, which implies 92% growth.

“Little by little we are advancing,” he said about the work that that ministry, together with the Government, is carrying out to relaunch Dominican tourism after being hit by COVID-19, he announced his Twitter account @DavidColladoM.

In the eastern region of the Dominican Republic, Punta Cana is one of the favorite destinations for both foreign and Dominican tourists for its beauty and beaches.